Call of Duty Modern Warfare 2 features a huge range of Core and Battle maps in its multiplayer mode – here is every map you can expect to see.

MW2 will feature two different types of maps in its varied multiplayer modes. You can expect to see Core maps – which are smaller and more refined – and Battle maps – which allow for greater exploration and bigger fights.

It is understandable that players willing to spend hundreds of hours battling it out in these spaces would want a good amount of variety of maps. Fortunately, Modern Warfare 2 will feature an extensive roster of maps each as unique as the last.

Of course, if you want early access to these maps and a lot of other bonuses, then you’ll need to pre-order MW2.

What Is A Core Map?

There’s a very exciting mix of locations and styles within the Core maps in MW2. It will also be great to see the returning maps from the original Modern Warfare 2, especially on next-gen consoles.

What Is A Battle Map?

Battle maps are much larger Call of Duty maps that blend immersive exploration elements with the tense combat of Core maps.

Imagine Core maps but much bigger with a greater focus on open-field combat as opposed to firefights in narrow corridors.

Every Core Map In Modern Warfare 2

Valderas Museum is a sprawling Core map. It is set in a Spanish museum, with plenty of indoor locations and smaller outdoor sections for players to explore.

Farm 18 is a map set in a military training facility that lies at the heart of a cement factory. Players can expect outdoor areas surrounding a shoot house in the center of the map.

Grand Prix offers players the chance to explore a racetrack. You’ll be able to access the racetrack itself, backstage areas, and even a multicolored Ferris wheel.

Mercado Las Almas is a Core map set in a street market in a historic section of Mexico. Featuring a warehouse, this fast-paced map will feature lots of action, especially down its center lane.

Breenbergh Hotel is a map set in a beautiful five-star hotel in Amsterdam. Expect some stunning interiors in this intense close-combat map.

If you’re excited to jump into these new and old Core maps, then be sure to keep the MW2 release date on hand!

Every Battle Map In Modern Warfare 2

Sariff Bay is a huge map featuring a fishing village at its core with rooftops perfect for sniping others from. Surrounding it is a large body of water perfect to try out MW2’s new swimming mechanics.

Sa’id is a map more focused on urban combat. It is a balance between the tense combat from Core maps and the exploration from the Battle maps.

Every Unconfirmed Map In Modern Warfare 2

For all of the following maps, we’ve seen leaks suggesting that they’ll debut in Modern Warfare 2. However, right now, Activision is only confirming their presence as part of the larger Warzone 2.0 map.

We’ll update this article if the following arenas get confirmed for the multiplayer title. For now, take their inclusion on this list with a pinch of salt.

Al Mazrah City is the heart of the new Warzone 2.0 map.

The map Hydroelectric looks set to incorporate tight urban environments and bodies of water to allow for the new swimming mechanic.

Observatory looks just as it sounds being centered around an observatory.

Rohan Oil is a large-scale map set across an oilfield with train tracks running through the middle.

Quarry may be familiar to those who played the original Modern Warfare 2.

Fortress is an intense close-quarters map focused around a key fortress building.

Taraq Village is a fairly open map set in a destroyed village.

Sawah village is a large map with a giant shipwreck at its heart.

Airport will look familiar to fans of the Modern Warfare 2 map, Terminal.

Marshlands, as it sounds, is a swampy map with a huge focus on aquatic gameplay.

But before you jump into any of these maps, you should definitely check out the brand new Gunsmith system in MW2 if you’re interested in customizing your loadout.

And if you want early access to the Modern Warfare 2 campaign, then be sure to check out our guide.

How to Unlock Attachments in MW2 - Red Dot Sight & More
2 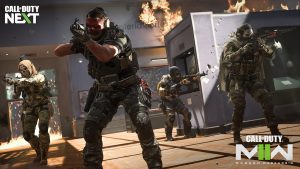 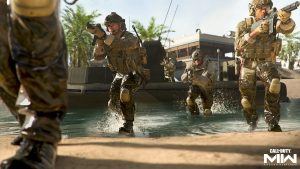 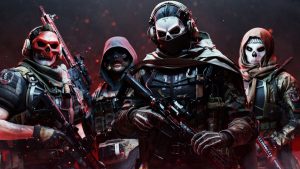 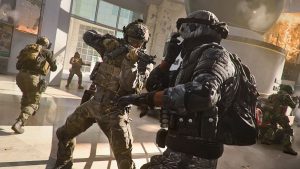 Who Won the Splatoon 3 Splatfest? Gear vs Grub vs Fun Results…