The day is finally here and we have a brand new Kirby game with The Forgotten Land – but what new Copy Abilities does the title have to offer?

Kirby made its debut in Kirby’s Dream Land back in 1992, and the lovable pink blob has captivated gamers ever since. Now, we finally have the 3D Kirby platformer we’ve been waiting for, and fans are eager to see what it has in store.

Besides being adorable, Kirby’s main appeal is his ability to vacuum up enemies and copy their abilities. As such, there have been more than a handful of Copy Abilities appearing throughout Kirby games over the years.

Now, as Kirby and the Forgotten Land finally drops on Nintendo Switch consoles, what new and returning powers does it bring to the table?

All New & Returning Copy Abilities in Kirby and the Forgotten Land

Here are all the new and familiar Copy Abilities present in Kirby and the Forgotten Land:

Kirby gets a blunderbuss which can be charged for a sparkling shot blast.

Kirby gains a hammer similar to that of King DeDeDe, with intense attack power. Can also be charged for a hammer flip.

Charges up to create a huge explosion that wipes out anything on the screen.

Creates fire to light fuses, burn obstacles, or even turn into a fireball!

Uses a boomerang blade to snag far-off items or slash enemies. Can be frozen in midair and charged up for extra power.

Gains a hat similar to that of Link in The Legend of Zelda and a powerful sword to cut through enemies.

Charge up and throw bombs at enemies, or roll them ahead of you for an explosive game of bowling.

Create a cyclone to pull enemies, blocks, and stars towards you, releasing them to deal damage. Can be a little tricky to control.

Burrow underground with your mighty drill to dodge attacks before bursting up from beneath enemies. Alternatively, use this Copy Ability to access hidden areas of the Forgotten Lands. You can also use this ability to draw a circle around an enemy, causing a large ground eruption.

Kirby takes a nap, going to sleep to recover some health. This Copy Ability will be removed once Kirby wakes up.

Jab enemies with spikes as you roll around in a ball of needles. An excellent attack for when you’re surrounded.

Breathe out freezing icy winds to halt your enemy’s movement, or coat yourself in frost. This ability also lets Kirby skate right over mud and magma.

Excitingly, as you may have noticed in the images above, each Kirby and the Forgotten Land Copy Ability also has one or more upgraded forms too!

Here are all the upgraded Copy Abilities in Kirby and the Forgotten Land!

Meanwhile, if you’re looking to 100% all of the game’s challenges, check out our guides here: 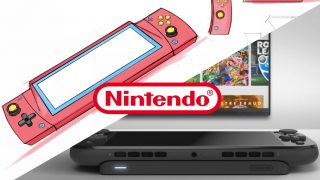