Warzone was one of the biggest games of the last few years, and Warzone 2.0 is attempting to recapture that success, but will it be free to play?

The hype for Call of Duty couldn’t be any bigger, with many fans excited to play Modern Warfare 2. However, even more players are hoping to hop onto Warzone 2.0.

Being one of the biggest gaming franchises in the world, Call of Duty has plenty of supporters willing to try anything they release. That means that Warzone 2.0 will likely be huge when it launches.

But will the game be free to play, and what platforms will you be able to play Warzone 2.0 on at launch?

Yes, Warzone 2.0 will be free to play on Xbox One, Xbox Series X|S, PlayStation 4, PlayStation 5, and PC at launch.

If you’re excited about this, make sure to check out the release date for Warzone 2.0 and a countdown to launch.

For PC players, you have the choice between downloading Warzone 2 on Steam or Battlenet. This is a major change compared to the original Warzone, as you could only find it on Battlenet.

How Does Activision Make Money if Warzone 2.0 Is Free?

While Blueprints may give many players a headstart with new weapons, thanks to the instant unlock of attachments, you can still level up weapons in-game without paying any money.

This will be familiar to those who played Warzone, but there are plenty of changes in Warzone 2.0, including the removal of loadout drops.

Here’s a list of other Activision-Blizzard games that are available for free:

The new map for Warzone 2.0 called Al Mazrah has been revealed, including the size and all POIs available.

Meanwhile, for fans of the original map in Warzone, you’ll be happy to know that Verdansk is returning in Warzone Mobile. 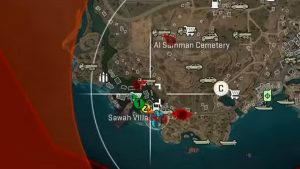