Here’s how you can use Discord voice chat on Xbox Series X/S and Xbox One as well as how to link your Discord and Microsoft accounts.

Discord is one of the best ways to chat with your friends while gaming but, until now, Xbox players couldn’t use it.

Luckily, Microsoft announced in July 2022 that Discord will be available for gamers on both Xbox Series X/S and Xbox One consoles. However, there are a couple of things you need to do beforehand.

First, you’ll need to know how to link your Discord and Microsoft accounts. Then, you will be able to use the Xbox app to easily transfer your voice channel and chat with your friends. Here’s the full rundown!

How to Link Your Discord & Microsoft Accounts

You can link your Xbox and Discord accounts on PC, Xbox, or on your mobile phone:

Now you have connected your accounts, you’ll also need to know how to use Discord on Xbox!

To use Discord on your Xbox, you will need to have connected your Xbox and Discord accounts. Then, you will be able to transfer a Discord voice channel to your console by using the Xbox app.

Now that you know how to use Discord on Xbox, you’ll need some games to play with your friends. Here are the best multiplayer games releasing in 2022! 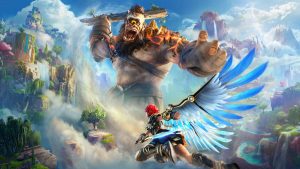