How to Unlock Operators in Call of Duty: Black Ops Cold War 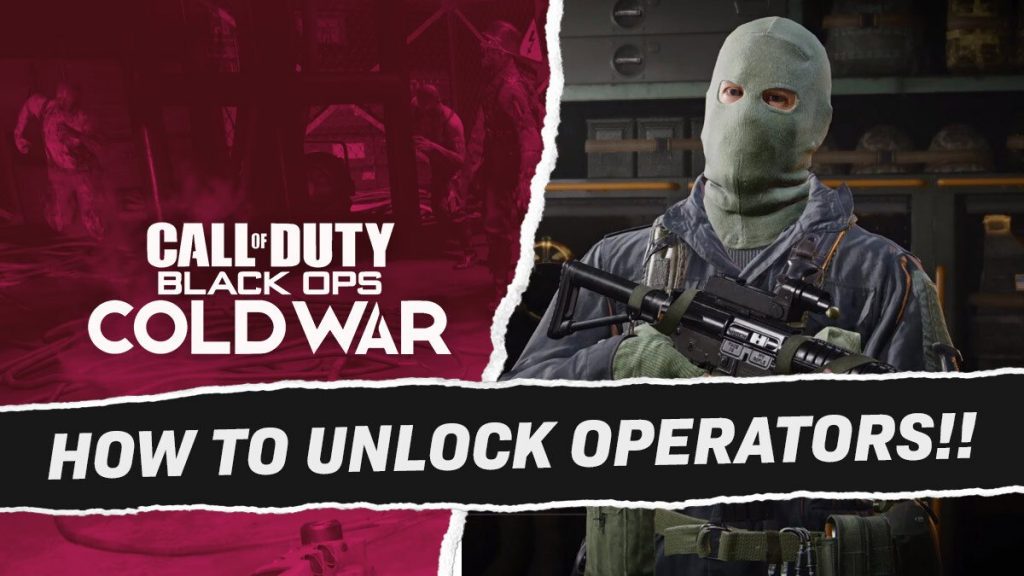 Today is the day and the new Call of Duty is finally just about to arrive. For those ready to drop into Black Ops Cold War, here's how to unlock all the game's Operators.

Those preparing to get stuck into Black Ops Cold War probably want to know exactly how to unlock all of the game's Operators. These characters, who initially appear in the Black Ops storyline, can be taken into Multiplayer and Warzone once a player completes their requirements.

Thankfully, we know exactly how to unlock each character. Some Operators are harder to acquire than others, but Cold War players are ready to grind for their favorites.

This time, we've got two opposing factions to pick from. Each has a varied character list, with their own requirements to unlock.

Unlike the game's Beta, you'll have to work for it if you want to play as Woods.

How to Unlock All Black Ops Cold War Operators

There are 13 total Call of Duty: Black Ops Cold War Operators available on launch day. Here's how to unlock them all:

It's looking like Baker, Woods, and Stone are the trickiest Operators to unlock in Cold War. However, none are beyond reach.

Looking forward to the operators? You can also find out the full list of Black Ops Cold War maps, weapons, and scorestreaks.

Warzone players will likely soon be jealous of the new Operators running around the battle royale. Treyarch's upcoming crossover with the popular free-to-play title is sure to have many players reaching for their wallets.

Black Ops Cold War's worldwide release time is just hours away, and players can pre-load the title early after purchasing. Those who played the Beta are sure to see a few gameplay tweaks, which can be read about in the Black Ops Cold War pre-release patch notes.

It's looking like there's certainly a reason to pick up the PlayStation 5 copy of the game too. After all, the PS5 DualSense haptic feedback in tuned for every weapon in Black Ops Cold War.

What Are Reactive Weapon Blueprints in Cold War & Warzone Season 2?

PS5 and PS4 Games Announced for New State of Play…