How to Nerf the DMR 14 in Warzone 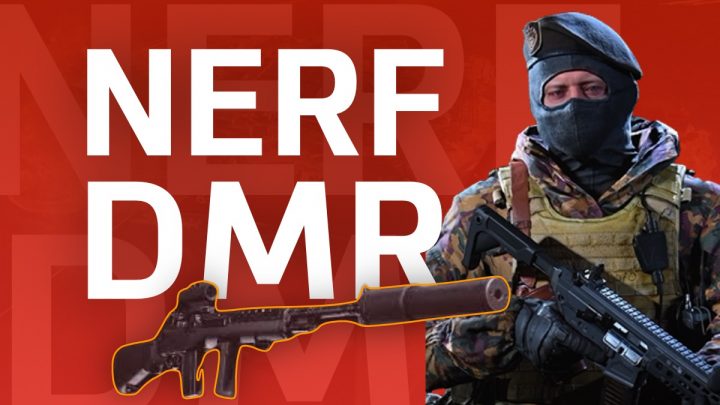 How do you nerf the DMR 14 in Warzone? It’s the most overpowered gun in the game’s history.

The DMR is way, way too powerful. Ever since Season 1 launched, it has plagued every single Warzone game.

Most players you come across will be wielding this terrifying weapon that can kill you before you even have the chance to react.

For the time being, the best solution may be to use a DMR of your own. Here’s the best DMR loadout in Warzone.

Raven have a big problem on their hands as players have been calling for a nerf for a while and are demanding for one soon. But fixing the most powerful weapon the game has seen is extremely difficult.

They have to get the balance right to make it competitive but not overpowered. Otherwise, players will be annoyed that they wasted time leveling it up for it to be rendered useless after a patch.

Decreasing the DMR 14’s damage seems the simplest way to bring the tactical rifle back in line with Warzone’s other weapons. However, this nerf might not be the answer.

This is because the DMR 14 only actually does 60 damage per shot to the body. 5 shots to kill is good, but nothing amazing for a semi-automatic gun.

The real problem is how much damage the gun does for headshots.

Every gun in Call of Duty has a headshot multiplier, however, it is different in Warzone. This would be another good way to nerf the DMR in Warzone specifically.

The DMR-14 does 175 damage for a headshot. This is almost 3x the damage of a body shot, which is quite frankly ridiculous. This is the biggest problem with the DMR as two headshots are enough to down a player.

The damage range for the DMR-14 is also a huge problem. TrueGameData’s research shows that there is no damage drop off for the tactical rifle beyond 80m.

This means that players can beat everyone from mid range all the way to sniper range with the DMR. A nerf to the Warzone damage range would stop the DMR from being sniper rifles.

Along with the ridiculous damage, its the recoil that makes the DMR-14 completely overpowered. With barely any recoil, it is extremely easy to hit multiple shots.

Increasing the recoil would make the gun much less effective at longer ranges and would also increase the time to kill at mid-range too. However, this would have to be in conjunction with another nerf to stop the DMR from dominating Warzone.

This is probably the least likely potential DMR nerf for Warzone, even if it would be effective.

It would require a total overhaul of how the weapon works and it would have to work differently to how the DMR-14 works in Cold War.

There are a number of huge issues with Warzone at the moment. YouTuber JackFrags has also included the DMR as part of his list of Warzone’s biggest problems.

However, there are still ways to win against overpowered guns like the DMR-14. These are the best ways to counter the Warzone meta.

HusKerrs Wants NICKMERCS Warzone Drama to Come to an End
5

Best AMAX Loadout in Warzone Season 3 After the Nerf

Are Warzone Cheaters Getting Worse? - May 2021…

How to Watch E3 2021 - Online Portal and App Details Revealed…

Sony Working On 25 New First-Party PS5 Games, Including Many New …