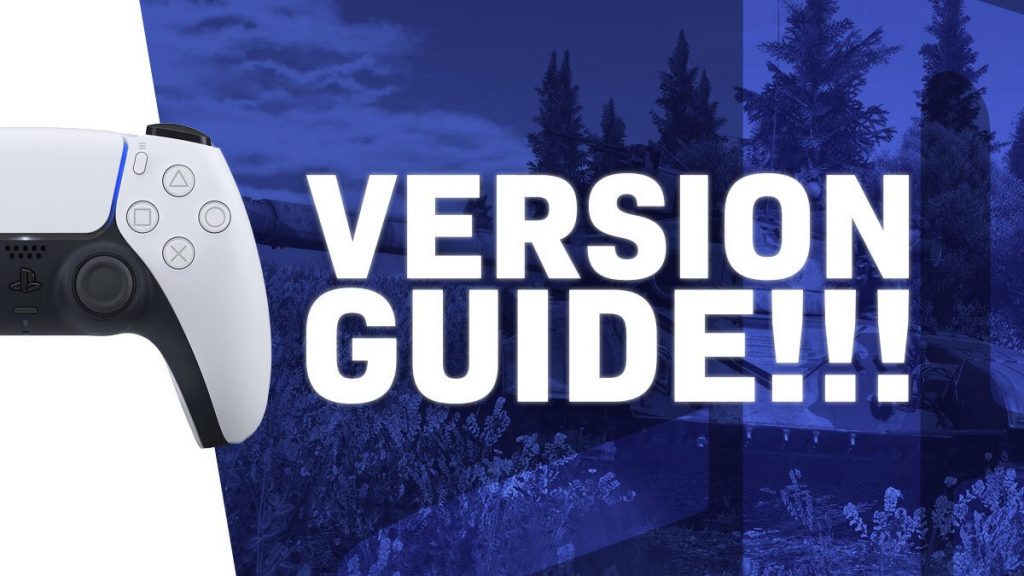 The PlayStation 5 is backward-compatible, and that's an important feature. But for some reason, Sony is making things more difficult than it needs to be when it comes to making sure you're playing the PS5 versions of your games.

The PlayStation 5 is finally coming to homes worldwide, as the next wave of releases prepares to drop tomorrow. As many gamers are ready to get their hands on some new technology, it's important to note one major PS5 issue.

When downloading and entering a PlayStation 5 title, it's often hard to see whether you're running a PS4 or PS5 version of the game. Some games, such as Spider-Man: Miles Morales, Call of Duty: Black Ops Cold War, or War Thunder, have both PS4 and PS5 versions available.

If you're not playing the PS5 version of your software, you're not experiencing it with all the bonuses that come with the new PlayStation's power. To avoid running an inferior copy of the game, be sure to follow these steps.

How to Play the PS5 Versions of Your Games

For some reason, starting games such as Black Ops Cold War on PS5 appear to prioritize the title's PS4 version. If you see 'PS4' next to your game on the PlayStation 5's home menu, it's a dead giveaway that you're playing the older version.

To ensure you're playing your PS5 game the way it's meant to be played, hit the Options button when hovering over your game. This brings up a menu, and the very bottom option is for Game Version.

Make sure that only the PS5 version of your game is selected here. Perhaps check back later to ensure that your software isn't prioritizing the PS4 software once again.

Downloading PS5 Version of Your Games

Recently, War Thunder released an official PS5 version for the game, taking advantage of the added potential of the console. However, one Reddit user shares their struggle with getting the new release to work.

According to Opposite-Treacle-668 on Reddit, heading to the PlayStation Store under PS5 games and hitting download on War Thunder will lead to the PS4 version being downloaded. Hitting the ellipsis to the right of the Play button on the main menu will then allow you to download and play the PS5 version of the game.

It's a bafflingly difficult way to enjoy your games properly, and Sony needs to desperately re-think their UI here. For everything that the PlayStation 5 UI does right, it also manages to take a few steps backward.

Although it's great that you can play PS4 games on the PS5, this makes the process more complex than it needs to be. You'd think that the console would default to the PS5 title, rather than its older brother.

Both Call of Duty and Miles Morales are two of the most played PlayStation 5 games so far. We wonder how many gamers are unknowingly playing the software on the PS4 versions.

Could Elden Ring Appear at Sony’s State of Play Today?
1

Everything Revealed at PlayStation State of Play – February 2021
3

15,000 PS5 Consoles Restock at This Retailer Next Week - March Stock
4

Everything Revealed at PlayStation State of Play – February 202…

15,000 PS5 Consoles Restock at This Retailer Next Week - March St…
Most Read Now