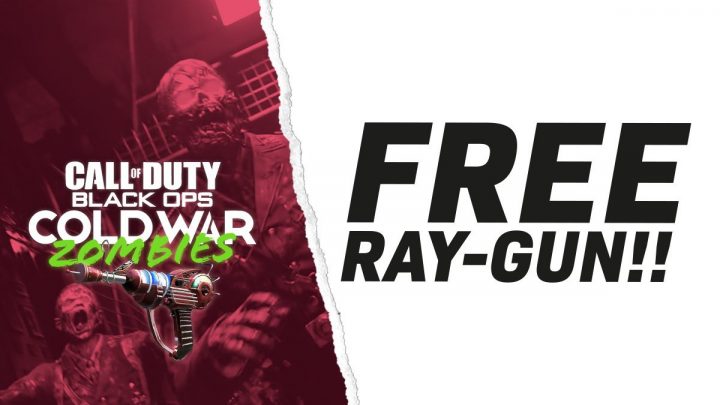 One of the best Black Ops Cold War Zombies Easter eggs leaves players with a high chance at a free Ray Gun and Juggernog. Here’s how it’s done.

The Ray Gun is one of the most iconic weapons in Call of Duty history. A powerful piece of alien weaponry, capable of killing undead in record time, the Ray Gun is tricky to get hold of.

Unless that is, you follow these steps to get a free Ray Gun and Juggernog perk in Cold War’s Zombies mode. Doing so can net you the powerful weapon as early as around Round 5.

Of course, the Ray Gun will be far too powerful for such an early round, but the weapon’s damage means that you’ll never have to spend money on another gun. In fact, you should be sorted, right until the end of your Zombies run, and the Easter egg is completely free.

How to Complete Coffin Dance Easter Egg in Die Maschine

If you’re confused by this header, don’t worry. The Easter egg that gives you a free Ray Gun and Juggernog pays tribute to the iconic Coffin Dance meme (A.K.A. Dancing Pallbearers).

To get your free Ray Gun and Juggernog in Black Ops Cold War Zombies, follow these steps:

Take a look at the map in the top left corner to help you pinpoint each of these orbs. From here, you’re going to be transported back to the Dark Aether.

The game will automatically take you to a new area flooded with zombies. But this time, the undead aren’t hostile in any way.

To the left of the Pack-a-Punch, you’ll be greeted with a group of zombies imitating the Coffin Dance meme. There are flashing disco lights, tunes, and a well-deserved break from the zombie-killing action.

Wait for the zombies to put down their ‘coffin,’ which is actually a supply crate for you to open. You’ll then be transported back to the normal world.

Inside the crate lies a lot of loot, including a very high chance for the Ray Gun and Juggernog. We’re not certain exactly how high the chances are just yet, but you’ll encounter both drops the vast majority of times you perform this Easter egg.

Right from the start, you’ve got yourself one of the best weapons to use in Die Maschine. What’s more, you’re also getting a lot of salvage to set you up for upgrading later in the game.

Combine this guide with our free Wonder Weapon in Cold War Zombies guide, and you’ve got yourself an unstoppable loadout. With these two weapons by your side, you’re almost certain to stand a chance against the Die Maschine Easter egg boss fight.

The Ray Gun is also capable of getting you to a high wave before allowing you to Exfil in Black Ops Cold War Zombies. That way you’ll be racking up the XP and ranking up fast in Cold War.