DMZ is a new mode in Warzone 2 that tasks players with looting up and successfully escaping with it in one piece. Here’s how to exfil in DMZ:

The extraction shooter game mode we’ve all been waiting for is finally here. In DMZ, your life matters more than ever, because dying could result in you losing everything you’ve worked so hard for.

There’s no Gulag, no Resurgence, and no mercy in the Demilitarized Zone. So how do you escape the match in one piece without losing your gear?

How to Exfil Successfully in DMZ

To extract in DMZ, players must make their way to a specifically-marked Exfil location on their map to call in a helicopter.

After a minute, the extract chopper will arrive at your location and a countdown timer will appear at the top of the screen. After ~30 seconds, the helicopter will take off, allowing players to extract with their loot.

Look for the exit icon shown in the image below to find your nearest extraction point. The symbol resembles a Fire Exit icon with a blue figure running towards a door.

Manually activating an extraction point with X/Square/E will mark the incoming exfil location for all squads in the game. And at the same time, AI soldiers will begin to assault your position to prevent you from leaving.

Once the timer counts down to zero, the helicopter will take off with or without you. And only if you’re inside will you be able to successfully extract.

What Happens If You Miss Your Exfil?

If you miss your chance to exfil successfully, there should still be other extraction locations shown on your Tac Map. However, after all exfil locations have been used up, one final extraction point will be revealed for players.

This is your last chance to get out of DMZ alive… or be presumed MIA and lose all your loot.

Although there’s no shrinking zone to worry about, radiation will slowly spread around the map, removing exfil opportunities when it reaches them. Stick around for as long as you need to grab loot, and then get out of there before extraction options get too limited.

After all, the fewer exfil points remaining, the hotter your extraction is sure to be, as enemy squads converge on your position.

And while the radiation levels are low, be sure to go and grab the M13B in DMZ to unlock it for multiplayer and Warzone!

Tips & Tricks to Help You Extract in DMZ 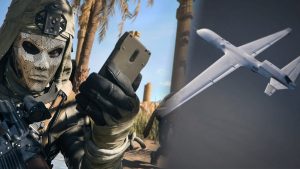 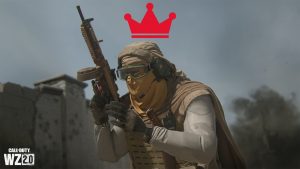