How to Complete the Warzone Rebirth Island Easter Egg 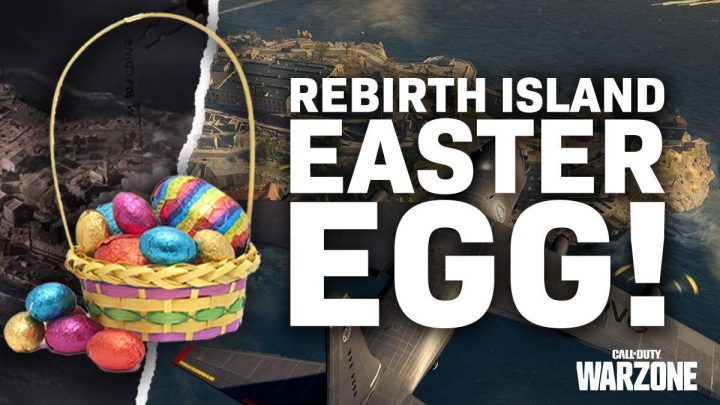 Warzone is a game packed full of Easter eggs and Rebirth Island is no exception. Here’s how to enter the yellow door and earn the Red Room Blueprint.

There’s a new secret area in Warzone’s new Rebirth Island map, and players have already discovered how to access it. Inside a hidden bunker, tucked away beneath the Headquarters Command Center, players can discover an array of rewards.

Amazingly, the method to open the mysterious bunker door was uncovered just 8 hours after the Black Ops Cold War & Warzone Season 1 update. Now we can finally reveal that the bunker contains some powerful perks and an exclusive Blueprint.

In the past, bunkers have been home to Warzone’s secret killstreaks, and this one won’t disappoint either. There’s even a nuke hiding in Warzone for those who explore the bunkers thoroughly.

How to Open the Warzone Rebirth Island Bunker

This new information comes courtesy of Geeky Pastimes on YouTube, who was the first to uncover the Rebirth Island Easter egg. The YouTuber recommends you have three players in your squad when attempting to open the bunker.

The first step in completing the Rebirth Island Easter egg in Warzone is to track down a briefcase. Unfortunately, this may prove difficult as the cases spawn randomly around the map.

The briefcases will contain three pictures, and players will need to go to each pictured location for the next step. At each location, you’ll be able to find a code waiting for you.

Just as the briefcase will spawn in random locations, these code pieces will also appear in different areas. What’s more, they’re different every time you drop into Warzone.

Therefore, you’ll need to find the briefcase and all three sections of the code in one go to complete the Rebirth Island Easter egg. When finding a piece of code, bear in mind that the hyphens tell you the positioning of the numbers.

For example, a code followed by a hyphen is the first part of the puzzle, whereas one with a hyphen on either side is the middle piece.

Once you have all three codes, head to the Headquarters Command Center and find the yellow door. Enter your full code, and the Easter egg is complete.

The Warzone Rebirth Island bunker is full of helpful items to assist you in-game. This includes power-ups like Self Revives, Foresight, Specialist, and more.

But what you’re really going to be looking for is the Red Room secret Blueprint for the Milano, waiting on the desk. Grab it to unlock the submachine gun Blueprint forever, and make sure your teammates do the same.

It’s always great to see what new secrets are waiting in Warzone with every passing season. We’re sure that a large percentage of the game’s player base won’t bother to attempt this difficult task.

But that just makes the reward even more special for those who complete the Rebirth Island Easter egg. Black Ops Cold War Season 1 also just added the ability to pet a Plaguehound with its latest update, and this secret is far easier to accomplish.

All players should be aware that there’s a new Double XP period coming to Warzone for Christmas. Don’t miss out on your chance to level up the new Warzone Battle Pass quickly!