Zorua is finally arriving in Pokemon GO – here’s how to catch it and all the possible disguises it could be wearing.

The Tricky Fox Pokemon Zorua is a master of illusions, with the ability to transform itself into all manner of different forms. In the Pokemon canon, Zorua can even take the form of human beings, but Pokemon GO has the creature simply posing as some of its fellow Pokemon.

How to Catch Zorua in Pokemon GO

To catch Zorua in Pokemon GO, players need to find a Pokemon that matches their current Buddy Pokemon in the wild during select special events. They must then catch the wild Pokemon for a shot at it transforming back into the Tricky Fox upon capture.

Like Ditto, Zorua is hiding in the wild, disguised as all manner of other Pokemon. Catching the same creature as your current Buddy could cause the ‘Oh?’ pop-up to appear.

When this happens, your last catch will reveal itself to have been a Zorua the whole time. Hopefully it wasn’t a Pokemon you were actually invested in catching!

When Is Zorua Available in Pokemon GO?

Zorus made its debut during the Shuppet Spotlight Hour, where the Tricky Fox could appear in the wild alongside the Ghost-Type. Zorua is now spawning in the wild on Pokemon GO.

Zorua will disguise itself as whatever Pokemon you currently have your Buddy Pokemon set to in Pokemon GO. If your Buddy is set to Zorua, the Pokemon will appear as your previous Buddy, rather than just appearing as itself on the map.

However, if you don’t have a Buddy, Zorua will appear in its regular form. It can even transform into Ditto if you’re walking alongside the original Transform Pokemon!

To check what your current Buddy is, just look in the bottom left corner of the screen, next to your trainer icon, or press on your trainer image to bring up the buddy page.

Zorua hunters should change their Buddy to something distinctive, so they can easily spot the Tricky Fox when it appears.

How to Evolve Zorua into Zoroark

Once you have your Zorua, you’ll be able to evolve it into Zoroark when you’ve collected 50 Zorua Candy.

Simply select the Zorua you want to evolve from your Pokemon list and press Evolve.

Here’s a quick way to boost your candy earning in Pokemon GO and get Zoroark fast.

Can You Catch a Shiny Zorua or Zoroark in Pokemon GO?

No, neither shiny Zorua nor shiny Zoroark is currently in the Pokemon GO game files. However, we expect that they’ll be added in at a later date.

Can You Catch Hisuian Zorua / Zoroark in Pokemon GO?

No, the Hisuian forms of Zorua and Zoroark are not yet in Pokemon GO. We’ll update this article when the Normal/Ghost-Type Pokemon appear in the game files.

i just had a zorua spawn when my buddy was ditto. i saw a ditto on the map

What if you set your Buddy to a Ditto?

Will a ditto spawn in ‘naked’ form on the map??

I read that if you have Zarua as your buddy it will show up as your previous buddy!

@SashaBubblez, I don’t know. Try it. I’m just as curious

@SashaBubblez, but what if I set my buddy as zorua? 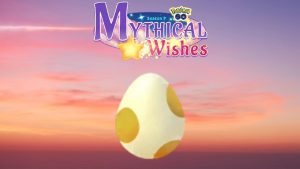 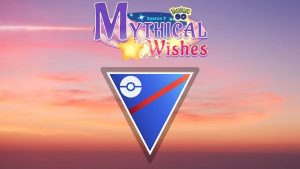 Should You Choose Solgaleo or Lunala in Pokemon GO?…
Recommended