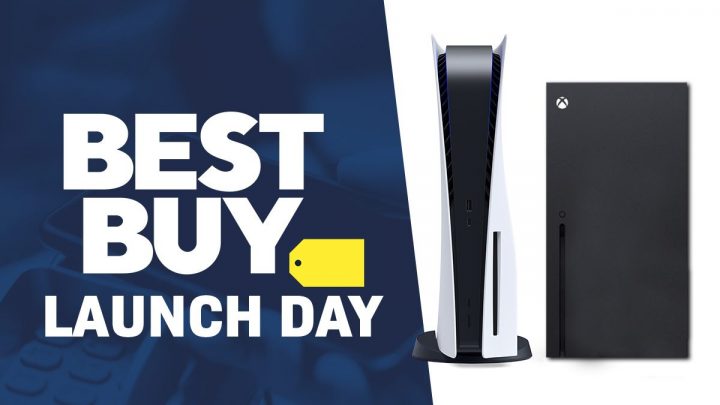 A new employee notice has been posted online, detailing how Best Buy will be selling PS5 and Xbox Series X/S consoles at launch.

Despite pre-orders going live a few weeks ago, many gamers are still yet to secure their next-gen hardware. With that in mind, there will be more than a few people attempting to get hold of a device on launch day.

However, there are only so many available consoles to get your hands on, and all stores are handling their stock differently. Here’s how Best Buy customers can buy a PS5 and Xbox Series X/S on launch day.

How is Best Buy Selling PS5 and Xbox Series X/S on Launch Day?

According to a leaked Best Buy employee news piece, the store will not be sending any PS5 or Xbox Series X/S consoles to stores on launch day. Whether this is due to demand levels or its an attempt to combat the COVID-19 pandemic is unclear.

That said, there’s still a way to purchase the next-gen consoles. Best Buy customers can shop online for their PS5 and Xbox Series X/S on launch day in Canada and the US.

The Best Buy website will reportedly be updated to display this news, and to give viewers a chance to sign up for additional updates. Where possible, Best Buy employees will be advising customers not to come to their locations in search of their new console.

It’s unlikely that this will dissuade the more passionate of fans, however. Nevertheless, Best Buy confirms the PS5 and Xbox Series X/S will be available online only during the launch window.

Interestingly, the company goes on to say that no inventory will be allocated to stores both at launch and until further notice. Best Buy stores themselves will not be housing the next-gen consoles, at least for the foreseeable future.

When demand starts to peter down, the retailer will likely see fit to bring the devices into stores.

What if I Pre-Ordered a Console?

If you pre-ordered a console with Best Buy, never fear. Orders placed on the company’s website will still be available for in-store and curbside pickup.

Reports indicate that pre-orders are also held for 7 days past the pickup date. Therefore, never fear if you’re not able to get to a Best Buy on launch day.

A post on the Xbox Series X subreddit indicates that some Best Buys might actually be launching the consoles at midnight. According to Reddit user Half-Majestic, the Best Buy employee’s supervisor indicates that their store may let customers line up late the night prior, to collect the devices at midnight.

This is certainly subject to change and far from an actual confirmation. But it’s still worth checking with your local store.

It’s going to be a hectic day for all those looking for a PS5 and Xbox Series X at launch. The consoles are out there, and here’s where to find PS5 consoles available on launch day.

Meanwhile, PS5 accessories are already arriving in stores ahead of their release later this month. And for those wanting to see what the next-gen console would look like in the home, you’re in luck.

New images of the PlayStation 5 and Xbox Series X/S are here.

PS5 vs Xbox Series X/S Stock - How Many Next-Gen Consoles Have Sold?
2