Yes, Hogwarts Legacy will run on the Steam Deck, allowing users to play the new Harry Potter game on a handheld device long before it releases on Nintendo Switch.

WB Games Support confirmed this information on January 13, 2023, via its official Twitter. This is great news for those that like to take their PC gaming on the go.

If you’re a Steam Deck owner, be sure to free up some space. After all, it seems that Hogwarts Legacy will require at least 85 GB of storage space on launch day.

However, as powerful as the Steam Deck is, it remains to be seen how it’ll handle the upcoming title. We recently got the full Hogwarts Legacy PC requirements and it’s quite the resource hog!

Yes, according to WB Games Support, Hogwarts Legacy will be Steam Deck verified on launch day. This means that Steam Deck owners will be able to download and play the new Wizarding World title right from Hogwarts Legacy’s release date.

What’s more, the game will also be playable offline, allowing you to take your adventure anywhere with you without an online connection.

And since the Nintendo Switch port has been delayed to July 2023, Valve’s handheld console will be the only way to explore Hogwarts on the go for some time.

Hi there! Thanks for reaching out to us about your inquiry regarding Hogwarts Legacy. We wanted to let you know that the game is compatible with the steam deck, and you will not be required to maintain an online connection in order to play. We hope this clears things up for you!

Yes, the Steam Deck will run Hogwarts Legacy. However, it’s worth noting that the cheapest model’s 64 GB storage space will not be sufficient to install the game without using a microSD card.

It’s worth noting that Cyberpunk 2077 has excellent performance on the Steam Deck (thanks to AMD FST 2.1 upscaling technology). With that in mind, Hogwarts Legacy should also be able to run without too much issue.

However, it all remains to be seen how the game will perform in launch day testing.

But which version of the game should you be buying? We’ve got a full comparison of all Hogwarts Legacy editions for you here! 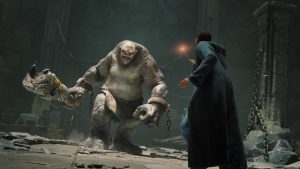 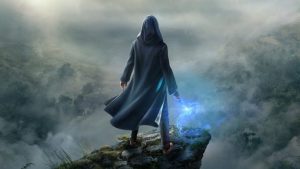 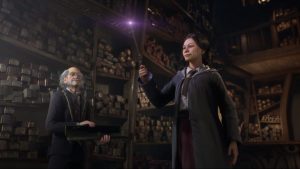 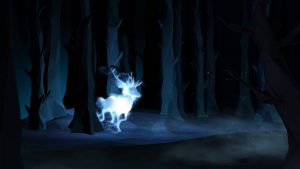