Hogwarts Legacy is shaping up to be an incredible release for Harry Potter fans but the question on our mind right now is: does it let you play Quidditch?

Quidditch is an essential part of the Wizarding World. The signature sport for Witches and Wizards, the game is so popular that even fans of the franchise have taken up playing it IRL.

Past Harry Potter titles have allowed us a glimpse at what it might be like to play Quidditch, but Hogwarts Legacy is the most in-depth game we’ve ever seen set in the Wizarding World.

We know that the entire of Hogwarts Castle, including its grounds with the Quidditch Pitch, is explorable – but can we actually play the game for ourselves?

Don’t forget to check out the latest Hogwarts Legacy gameplay, showcasing over 14 minutes of action!

Can You Play Quidditch in Hogwarts Legacy?

The simplest answer right now is that no, it doesn’t look as though you can play Quidditch in Hogwarts Legacy. However, there is some evidence that might hint at the sport making an appearance.

So far, we’ve had 2 trailers for Hogwarts Legacy and neither one reveals Quidditch as a playable experience. Recently, Portkey Games revealed a huge amount of gameplay in a new Hogwarts Legacy State of Play event.

In the video presentation, the publisher touched on all manner of things that would be coming to the game, from classwork to defeating dark wizards (or joining them yourself). And while Quidditch wasn’t mentioned, one important aspect was – exploration.

In a Behind The Scenes presentation, developers at Avalanche Software reveal just how massive the Hogwarts Legacy open world is! And you’ll be able to use your broom to explore the world to its fullest.

With that in mind, no doubt you’ll be able to touch down inside the Hogwarts Quidditch Pitch too! But when it comes to its sporting uses, the official Hogwarts Legacy FAQs has this to say:

With such a clear exclusion from the answer, we expect that Quidditch either isn’t a part of Hogwarts Legacy – unless it’s a secret reveal waiting to drop. Considering the amount of effort that it would take to program in a whole sport, it’s understandable if Quidditch doesn’t make the cut.

But at the same time, in the largest Harry Potter-inspired title of all time, to not have Quidditch seems like a disappointment. Perhaps we could see a new Quidditch World Cup title, should this game prove to be a resounding success.

Hungry for more Harry Potter content? Why not take a look at every spell confirmed for Hogwarts Legacy so far?

Hogwarts Legacy Beta - Release Date, How to Sign Up, and More
3

Hogwarts Legacy - What is the Release Date?
4 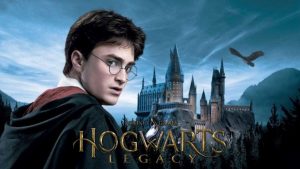 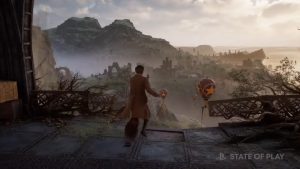 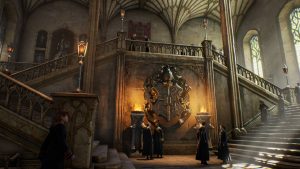 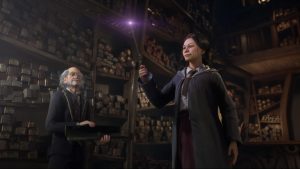 Hogwarts Legacy Beta - Release Date, How to Sign Up, and More…

Hogwarts Legacy - What is the Release Date?
Recommended