Fortnite players are already sick of seeing the Charge SMG in their games, and are calling on Epic Games to remove it.

Maintaining an ever-evolving Battle Royale is no doubt a challenge, but one that Epic Games meets each and every season. With constant updates, a changing map, and a rotating loot pool, the developer is able to keep Fortnite feeling fresh without taking away from its core appeal.

The only downside to this aspect of the game is that players will need to make the most of their favorite metas. After all, the best gun in the Battle Royale may not stay that way for long.

And some seasons, you might just not vibe with the loot pool at all. Thankfully, no matter your thoughts on the Charge SMG, the new Fortnite weapon tier list reveals the game’s best guns!

Is the Fortnite Charge SMG Good or Bad?

Right now, players seem split on the Charge SMG, one of the newest Fortnite weapons to appear in Chapter 3 Season 3.

In a new popular post on the game’s subreddit, Reddit users vent their frustrations with the gun.

“The most absolute trash weapon they’ve put in the game in a while,” Suspicious-Oil6672 writes.

And it seems like they’re not the only one who dislikes picking up the new gun.

“I’ve sworn to never pick it up regardless of rarity. I’ll take a grey revolver over a gold Charge SMG,” another user complains.

But what exactly is the issue with the Charge SMG? On the surface, the gun has the fastest fire rate in the game, with a devastating DPS to boot.

That said, in order to take advantage of the true power of the SMG, players will need to charge up the gun first. And while some fans claim the weapon is great for getting the drop on foes, charging the gun does create quite the audio cue.

Read More: When is Skating and Roller Blading Coming to Fortnite?

How to Use the Charge SMG Effectively

A few select users swear up and down that the Charge SMG is incredibly good in Fortnite right now. The tips above will help you use the controversial weapon effectively.

Plus, whether you love or hate the Charge SMG, here are the best weapons in Fortnite Zero Build right now.

Fortnite: Where to Find UFOs - All Saucer Locations Map
1 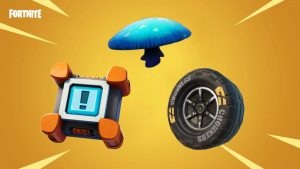 Every Peely Skin in Fortnite & How to Get Them All
4

Fortnite: Where to Find a Crash Pad, Bouncy Slurpshroom, & Off-ro…

Every Peely Skin in Fortnite & How to Get Them All…
Recommended