Fans have not reacted well to a leak that claims huge changes to how damage numbers work and look are coming to Fortnite.

Of course, this isn’t the first change to come to Chapter 3 Season 4. There have been a number of new additions and alterations such as the reintroduction of a beloved iconic trap.

What Are the New Damage Numbers in Fortnite and How Are They Different?

The new damage numbers in Fortnite are essentially reskinned and reanimated versions of the original, with a few significant upgrades.

First spotted by Fortnite leaker, Venom, these new damage numbers look vastly different from the ones we currently have.

Supposedly, these damage numbers were showcased in the latest Epic Games survey – which the public does not have access to. Fans can expect to see them be introduced later on in the season.

There are a few major differences between the new damage numbers and the old:

Why Are Fans Upset About the New Damage Numbers?

There are a variety of reasons why fans are outraged about the new damage numbers in Fortnite, including the change in font, the lack of style, and a move toward replicating other games.

Here is a breakdown of every reason why fans are unhappy:

This looks like one of these chinese mobile ads

Of course, this isn’t the first time Fortnite fans have gotten upset by a new feature in Fortnite. In fact, most recently fans have claimed the Chapter 3 Season 4 Battle Pass is one of the game’s worst.

However, not everyone hates this change. A number of fans say they prefer the new damage numbers due to the fact that they are cumulative.

The supposed new damage numbers in Fortnite have a few major differences, however, the most notable one is that they no longer fall apart when fading away.

Damage numbers in Fortnite display the amount of damage you’ve dealt to another player with whatever weapon you’re using.

For example, if you were to shoot someone with one of the most effective weapons in Zero Build, the Cobra DMR, you’d see a 36 appear next to them if you hit them anywhere other than the head.

Of course, there are different colored numbers depending on whether you’ve landed a headshot, are hitting shields, or are just hitting the player.

The colors are as follows:

However, these new damage numbers would shake things up a little bit, not only in style but in how they work as well.

How Do Cumulative Damage Numbers Work in Fortnite?

This means that you won’t have to do any mental gymnastics to figure out how much damage you’ve dealt to your opponent. You’ll be able to pinpoint just how much health they have left.

It’s certainly a helpful tool for those who struggle to determine just how near defeat their enemies are. However, it is currently unclear as to whether players will be able to toggle this option on or off.

If these new damage numbers do indeed get added, then there’s no better time to test them out with the recently much-improved EvoChrome weapons. 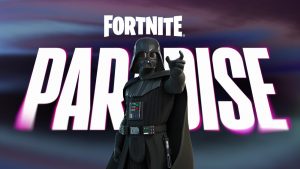