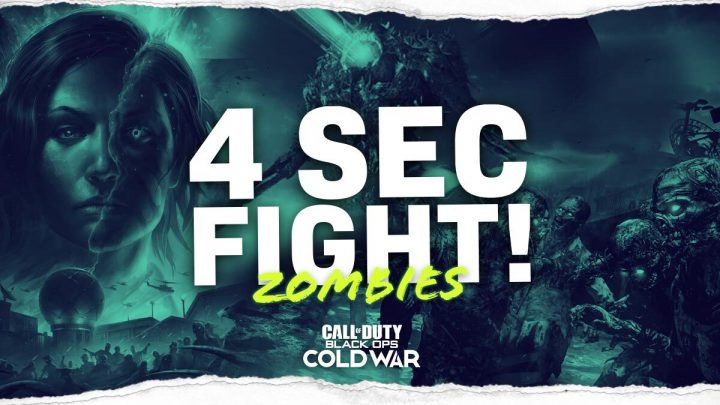 A squad of Zombie slayers beat the Firebase Z boss Orda in a ridiculous 4 seconds – that must be a world record!

Orda is the biggest boss in Call of Duty Zombies history and also one of the toughest. His large health bar and huge size make him an intimidating enemy to face.

However, this squad made the Firebase Z Orda fight look extremely easy.

A new clip has been posted to Reddit which shows what must be a world record for the quickest Orda kill so far.

Maybe Orda was having an off day when this squad absolutely obliterated in him in just over 4 seconds. The Firebase Z boss clearly isn’t as tough as he looks

The squad activated the Ring of Fire Field upgrade and began shooting him with RPGs. Find out why Ring of Fire is one of the best Field Upgrades for Firebase Z.

Orda quickly fell thanks to the Pack-A-Punched RPGs and the Ring of Fire damage boost. The squad managed to kill him even before Officer Weaver had finished warning them about Orda.

The actual time recorded is a ridiculous 4.29 seconds. This has to be the world record for an Orda boss kill in Firebase Z

What makes this record kill time even more impressive is that it was completed by a squad of three players. Surely a squad of four with the same weapons could complete the boss fight even quicker.

If you want to stand a chance of beating Orda in Firebase Z, let alone coming close to this record, you’ll want to upgrade your weapons.

Find out how to Pack-A-Punch in Firebase Z here.

Defeating Orda is only one of many things to do in Firebase Z. Be sure to check out our complete guide to Firebase Z in Cold War Zombies.

Meanwhile, Zombies fans can also look forward to Warzone possibly getting a Zombies mode in Season 2. Details of a new open-world Cold War and Warzone Zombies experience have also leaked.

Who Are Warzone's Best Players in June 2021?
More Call of Duty