FIFA 23 is almost upon us, and that means a new year in the game’s biggest mode, Ultimate Team.

And if you want to get a head start on building your team, you’ll be able to use the internet browser Web App as well as the smartphone Companion App ahead of the full Ultimate Team release.

Here’s when the FUT 23 Web App and Companion App will be launching!

EA Sports also announced on their official forum that the FIFA 22 web app would be deactivated on Friday, September 16, 2022. This will leave a downtime of approximately 5 days.

*Countdown time is an estimate based on previous releases.

There will be no downtime for the app, and when the FIFA 23 version releases then, all you will need to do is update the application.

The FUT 23 Companion App will be live in *

*Countdown time is an estimate based on previous releases.

These dates were officially confirmed by Justin Pohl, the EA Community Lead.

To access the FUT 23 Web App and Companion App prior to the full game launching, users will have to meet the following criteria:

If you meet all these criteria, you can access the FUT 23 Web App on its site as soon as it goes live. This is currently the FIFA 22 web app but will switch to FIFA 23 in due course.

If your account is deemed ineligible to access the Web App, users can expect a similar message to this:

Current owners of the FIFA 22 app will only need to update to the newest version in their app store.

You can download the FUT Companion App even before it updates to FUT 23 from the correct app store using the links below:

Returning users can expect Welcome Back rewards when logging into the app for the first time. These rewards will be based on the following criteria:

Since these perks will be based on several factors, your rewards may be different from your friends.

Returning users will have access to the Ultimate Team transfer market. From there, they can start buying and selling players as they start building their best FIFA 23 Ultimate Teams. 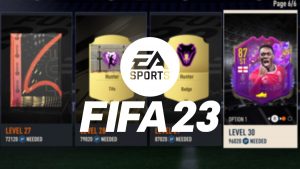 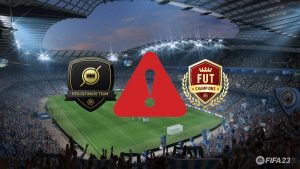 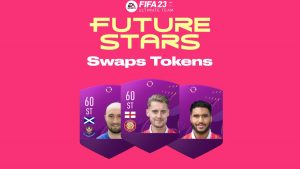 FIFA 23 Future Stars Swaps Token Tracker & How to Get Tokens…