Chemistry in FIFA 23 has been completely reworked to emphasize each individual player rather than the entire team.

One of the most important aspects of FIFA Ultimate Team is understanding how Chemistry works and being able to get the most of the boosts it provides.

But in FIFA 23, EA Sports has completely changed the way Chemistry works. Thankfully, we’ve put together all the important changes for you here.

How Does Chemistry Work in FIFA 23?

Chemistry is the connections between your players regarding their team, league, and nation. The stronger the connection between the players, the better their in-game stats will be.

In FIFA 23, EA has completely reworked the way chemistry links work. Here is how it works:

Check out our complete FIFA 23 Ultimate Team Guide for a detailed on how to make the best possible team and use Chemistry to its best extent.

How to Build Player Chemistry

FIFA 23 will no longer feature Squad Chemistry. Instead, it will focus on developing the Chemistry of each player on your team. Players can obtain up to three Chemistry points.

Three primary factors go into determining your player’s Chemistry, including:

How to Raise Chemistry Threshold

To raise your Chemistry Threshold, you’ll need to put players from the same league, team, and nation into your starting 11.

Here is an example of what that would look like:

How Chemistry Points Are Distrbuted

Here is how much Chemistry you will gain for the Chemistry Threshold depending on how many players you have for each League, Nation, or Club:

But to make the most of this system, it’s essential that you understand the player’s Preferred Positions and what that means. Without it, your player cannot gain any Chemistry Points from the Chemistry Threshold.

How Do I Find My Player’s Preferred Position in FIFA 23?

To view a player’s Preferred Position and Alternative Position(s), you’ll need to head into Player Details from the FIFA 23 Ultimate Team hub.

To do this, you’ll need to:

If you’re playing with a controller, there is also a much easier way to see all your starting 11’s positions from the ‘Squad’ menu.

Here are the Default Alternative Positions:

How To Change a Player’s Preferred Position in FIFA 23

Changing positions in FIFA 23 Ultimate Team, gamers will need to use the Position Modifier consumable on their player.

But, unlike in other years, in FIFA 23, there is only one universal Position Modifier Consumable that you can use to change a player into any of their Alternative Positions.

Another interesting change coming to FIFA 23 is the removal of the RF and LF positions. FIFA stated that too many players were in those positions, but too few formations utilized them.

Because of this, FIFA opted to remove the positions entirely. The few formations that utilized them will now use CF instead.

How to Use Chemistry Style

To apply a Chemistry Style to a player, you’ll need to obtain the consumable of the style you want and apply it to your player through the Squad menu.

In FIFA 23 Ultimate Team, your player’s Chemistry Style will be directly affected by how many Chemistry Points they have.

But 3 stats boosted means that your player will get a boost in more areas.

There are also cards in FIFA 23 Ultimate Team that can make it a lot easier for gamers to organize their team and its chemistry.

These types of cards include:

Every Meta Player That Can Become Lengthy In FIFA 23
1

How to Make Players Accelerate Faster in FIFA 23
2 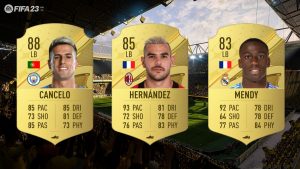 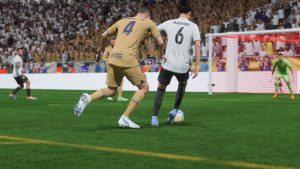 How to Use a Flair Shot in FIFA 23 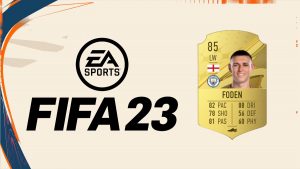 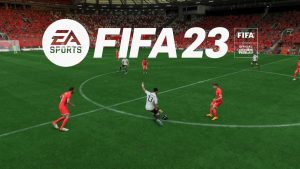 How to Make Players Accelerate Faster in FIFA 23… 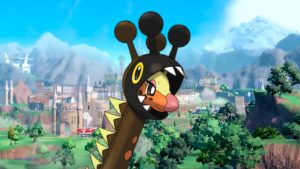