FIFA 23 fans are unhappy because the Advanced SBCs award them with untradeable packs.

The Web App is now out, and FUT fans are eager to start building their teams, opening packs, and earning coins in preparation for the early access and full release of FIFA 23.

In past FIFA games, the SBCs provided some of the greatest packs available. Users could then sell the players obtained from the packs to make coins on the transfer market.

It was previously one of the easiest methods to earn coins on the Web App. For this reason, making rewards untradable has not been well received.

The decision to make the rewards untradeable has not gone down well with the community, generating an overall negative reaction from fans.

It has been dubbed a “huge L” by FUTZone, who was also dissatisfied that you could only have 30 things on your transfer list.

According to The FUT Accountant, the Web App hype has died as a result of Advanced SBCs not delivering tradeable packs.

Why Are Advanced SBCs Rewards Untradeable?

EA Sports have not stated why they made this change. However, it can be assumed it was to prevent coin funneling.

FUT users have been able to establish new accounts in order to finish the Advanced SBCs over the years. They could complete them and profit from the selling of the rewards.

Where they could then transfer the coins to their main account before repeating the process.

Having multiple accounts and funneling FUT Coins and Items to your main account breaks our rules, too.

Players will have to use alternate Web App trading techniques now that Advanced SBCs are no longer an option for making coins.

With players needing to trade to make coins, you may also want to know how the new shared transfer market operates. 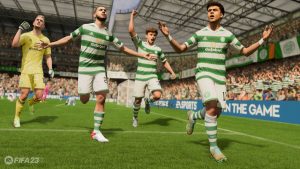