Here are every FIFA 23 game editions that you will be able to buy and everything they include. Pre-order is available on all platforms!

EA has just unveiled exciting information about the new FIFA 23 game, which will drop later this year.

The new FIFA 23 reveal trailer shows the cover for both editions of the game, with both Kylian Mbappé and Sam Kerr starring on the front cover.

With FIFA 23 approaching, you can now pre-order all editions of the game. As always, by pre-ordering FIFA 23, you will gain some additional benefits, depending on the edition that you go for.

Here’s a breakdown of all the editions and what they include.

The FIFA 23 Ultimate Edition is the most exclusive edition, allowing you to play 3 days early when you pre-order it.

The FIFA 23 Standard Edition is the most basic edition, and players won’t get anything if they pre-order it digitally at this point.

It was confirmed during the reveal trailer that FIFA 23 will be released on Friday, September 30 for PS4/5, Xbox Series X|S, One, and PC.

Early access for pre-orders begins on Tuesday, September 27, for those who buy the Ultimate Edition of the game.

You can watch the reveal trailer below: 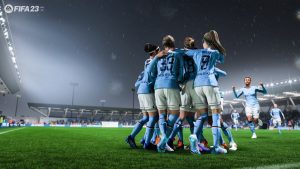 Everything We Know About FIFA 23 – Release Date, New Features, …