After a recent Fortnite blog post resurfaced, players have taken to social media to voice their desire to see a Fortnite x Minecraft collaboration.

Fortnite and Minecraft are two of the most popular franchises in gaming. Both sport their own massive followings while offering different creative mechanics.

A collaboration between these two franchises could be astronomical. Ever wanted to use a Minecraft pickaxe in Fortnite? Well, that may one day be possible.

Here’s everything we know about a potential Fortnite x Minecraft collaboration.

No, right now there doesn’t seem to be any Minecraft collabotation coming to Fortnite. However, a newly found Fortnite x Minecraft blog post has prompted conversation among players about a possible collaboration.

The blog post titled “Fortnite Creative for Minecraft Educators” seems to actually persuade educators to adopt Fortnite over Minecraft in their classrooms.

Although, it doesn’t state much about collaboration. This is the first time that Fortnite has ever mentioned Minecraft, but it does so to point out the core differences between the two.

This hasn’t stopped fans from speculating and even creating their own renders!

Players on social media are on board with a Minecraft and Fortnite collaboration and have even offered a few renders of their own.

It’s no secret that there are some talented Fortnite fans out there. The recent render of a popular Stranger Things Season 4 character had everyone thinking it was real.

With Minecraft, it’s no different. Some players have created what they believe Steve would look like in the lobby.

Imagine a Fortnite x Minecraft👀 That’ll be insane🤯,they could make it happen😂 pic.twitter.com/WKTOCiY7Kg

Another player, Brux, created a whole Minecraft Event on their YouTube account! This spectacle is truly worthy of the two iconic franchises. An event like this would surely rank highly among Fortnite players.

Even if there is no Minecraft collab, players still have a lot to look forward to. After all, one of the most iconic anime heroes has been rumored to be showing up soon.

Dragon Ball Z would be the second anime to make its way to Fortnite. The leak claims that players will be able to choose from four different skins from the Dragon Ball Z universe. 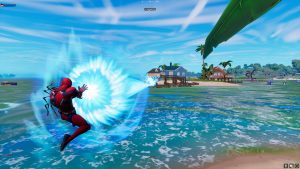 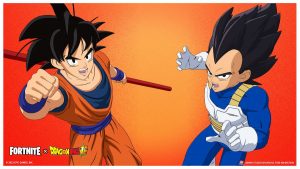