Doritos are offering customers the chance to win a PS5 on select bags. According to Reddit, one lucky fan has already won a PS5 console from a packet of Doritos.

The competition, called “Find all 4, Win a PS5”. Which is an ‘on pack’ promotion and is relatively simple to enter.

All customers need to do is enter the on-pack code on the Doritos website. Then check if they have all 4 classic PlayStation shapes.

If their code presents them with a triangle, square, circle and X; then they are one of the lucky winners and a PS5 console is there’s to claim.

There is also a selection of other prizes to be won for runners up. So it’s certainly worth a shot.

The first winner is the rather lucky Reddit user u/117cm. Who posted an image of their win to the earlier today.

Along with the jubilant exclamation that they were “planning on waiting until next year” to buy a PS5. But now he won’t have too.

Other Reddit users were quick to celebrate with them. The prospect of winning a PS5 from Doritos has many others keen to try their luck.

This has also allowed others to see what the winning web page looks like. As well as given many people hope that they too could win a PS5 from Doritos.

We confess we’re slightly envious of this lucky Reddit user. But we’d also like to offer them our sincere congratulations!

Like the rest of us; u/117cm will need to wait until the 12th or 19th November until they’ll get to play their new PS5.

Here’s a cheeky look at the games confirmed for the PS5 so far. As well as a sneak peek at how stunning the PS5 games look in glorious 4K. 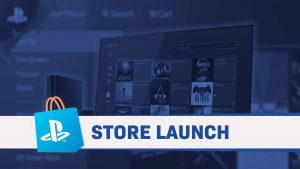