The Malenia boss fight in Elden Ring has just gotten even harder thanks to a new glitch following the 1.04 patch!

Elden Ring has plenty of tough boss fights but many players find Malenia, Blade of Miquella might be the most difficult in the whole game.

Players have been struggling to beat her normally. However, the latest patch for Elden Ring has made the fight even more difficult.

This will be bad news for Elden Ring legend ‘Let me Solo Her’, who has been beating Malenia for players.

The Elden Ring Update 1.04 patch notes some huge buffs and nerfs and completed an NPC questline.

However, there seem to be some unintended changes in the patch too. This includes a glitch that is making Malenia way more difficult than before.

But what is making Malenia so much more difficult after the 1.04 patch in Elden Ring?

Elden Ring Malenia Glitch Lets Her Heal Even if You Dodge

Malenia, Blade of Miquella already places in first place on our list of top 5 hardest boss battles in Elden Ring. However, a glitch is making the battle even more difficult at the moment.

Following the 1.04 update, players on the Elden Ring subreddit are reporting a new bug that makes Malenia heal more often than she should.

Before the patch, she would only heal when hitting you, even if you blocked it. However, many players have been reporting that Malenia heals even when you dodge her attacks – this means she heals way more often and is much more difficult to beat.

Specifically, this healing is happening if she would make contact with you during your ‘I frames’. This is the very small window where you become invincible while dodging.

Make sure you check out our guide on How to Beat Malenia in Elden Ring for the best strategies!

Because of the added healing, it might also be worth using the teleporting Raptor of the Mists Ash of War or the increased dodging speed of Bloodhound’s Step when fighting her.

It is not known why Malenia is healing too often following the 1.04 update. However, players will be hoping that developer FromSoftware fixes this glitch soon.

Otherwise, nobody will be able to beat Malenia, let alone better the record of the player who beat all 165 Elden Ring bosses in under 10 hours!

How to Get The Best Weapons to Beat Malenia

This has been an issue not only with bosses but in pvp combat since launch. Status effects and special effects like malenias healing (which apples to her weapon if used by a player as well) will build up when coming in contact with your iframes. For example the instant build up madness bolt would occasionally hit someone mid roll and do no damage because they rolled but the madness would still build up since it hit your dodge roll iframes. Also, malenias healing factor works in the way of when she takes damage and then retaliates by hitting you she heals. Same applies to players using her weapon. 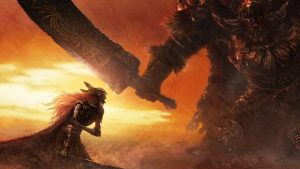