Elden Ring can be punishing. When you reach the end game areas and face the likes of Malenia, Blade of Miquella, it can even be frustrating.

But it doesn’t need to be like that. There are plenty of weapons, items, and equipment that players can find to create the best possible Elden Ring build.

One of those items is an Ash of War. An Ash of War imbues certain weapons with a special skill that can mean all the difference. Some of them are great, but some of them might send you to an early grave.

So here is every Ash of War in Elden Ring ranked from best to worst.

Here is every Ash of War in Elden Ring ranked after Elden Ring Patch 1.05.

And that is every Ash of War ranked. All 91 of them. But like all things in Elden Ring, how well an item performs for you will significantly depend on your build.

For instance, if you’re using the Frost Mage build, an Ash of War like the Hoarfrost Stomp will help you build towards Frostbite a lot quicker.

Frostbite decreases an enemy’s resistance to magic damage by 50% and makes them an easier target.

But if you’re using the Vampire Build with OP health regeneration, you might want to look for an Ash of War with Bleed properties. This will help you build towards blood loss quicker and completely decimate your enemy.

Bleed builds are actually the most prominent meta in the Elden Ring PVP scene.

Here are the most important things to know when using an Ash of War in Elden Ring. Understanding these properties is important and will help you work towards more proficient builds.

In Elden Ring, players will encounter several Whetblades while they adventure through the Lands Between. These will allow players to add an Ash of War to their weapon.

Depending on the type of Whetblades you will find, you’ll also be able to tie the Ash of War to an affinity.

This affinity will allow your weapon to scale with an additional attribute. This is very important for players looking to use a weapon that does not scale with their strongest attribute.

Here is every Whetblade you will find in Elden Ring and the affinity it can imbue your weapon with:

To make the most of an affinity, make sure to know what the best weapon for each attribute is in Elden Ring.

A lot of great items can be found in all of the Evergaol Locations! Here is a complete walkthrough of every Evergaol location and the bosses you’ll be facing.

Best Ash of War in Elden Ring for Boss Fight

Players can have it on a low-weight dagger and switch to it only when needed. Obtaining it can be a bit difficult since you’ll need to battle a high-level Night’s Cavalry!

It’s great for avoiding some of Malenia’s flurry attacks or even Godfrey’s stomp when you reach the later areas of Elden Ring.

Best Ash of War in Elden Ring For Shields

When it comes to shields, players will want an Ash of War that will allow them to either parry or completely negate incoming damage.

You can go for just the regular Parry Ash of War, allowing you to parry incoming physical attacks. But if you’re looking for one with a little more usability, then the Golden Parry will enable you to parry attacks within a certain range.

This means that even if the attack doesn’t connect with you, there is a chance you can still parry it.

For players that have Intelligence builds, the Carian Retaliation might be more helpful. It allows you to parry incoming projectiles and turn them into Carian glintswords.

Best Ash of War in Elden Ring For Bows

Bows aren’t usually a focus to builds in Elden Ring. They aren’t too strong, and to be helpful, and you’ll need to be fighting at a range. This means they are pretty much out of the question for any boss fights.

But players can use some pretty neat Ash of Wars to get the most out of them.

The most notable one is Rain of Arrows. This Ash of War will allow players to shoot a volley of arrows into the sky and have them rain down on enemies.

When attached with Radahn’s Arrows, it can give the same effect that Starscrouage Radahn gives his arrows during his boss battle.

You should also check out the best bows in Elden Ring to see which one is best suited for you!

Best Ash of War in Elden Ring for PVP Duels

The best Ash of War for PVP duels in Elden Ring depends on the type of build that you’re looking to use.

For many players, Seppuku is a must-have Ash of War due to its ability to strengthen any Bleed build. For other players, Royal Knight’s Resolve can make all the difference when it comes to strength.

But these two are pretty popular in the PVP meta. There are players that are able to take shields with a weapon skill and one-shot other players.

Take a look at the three most powerful Elden Ring PVP meta builds to get an idea of how to set up a good PVP character.

Most Important Things to Know When Using an Ash of War

For more weapon guides, check out a few of our favorites:

Check out some of the other Elden Ring guides for useful tips:

Correct me if I'm wrong but I don't see corpse piler on this list.

@Quinn, That is a unique skill that only River of Bloods has I believe! 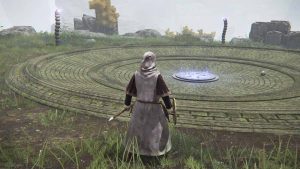