If Elden Ring’s popularity wasn’t clear before, it should be now, as the game has become the best-selling game, beating out Call of Duty: Vanguard for the top spot.

Elden Ring has been out for a few months now, and we’ve had plenty of things to love about the game. From in-game legends like Let Me Solo Her, to grand boss fights that frustrate us like Margit.

And with the insane popularity, it’s no surprise that FromSoftware’s latest hit has done extremely well in terms of sales. In fact, Bandai Namco recently revealed that the game sold 13.4 million copies as of March 31, 2022.

Now, the game has taken out the most recent Call of Duty, Vanguard, to become the best-selling game in the last 12 months.

As confirmed by Mat Piscatella, Executive Director at The NPD Group, Elden Ring has become the best-selling game in the last 12 months.

Mat Piscatella came to Twitter to confirm the success of Elden Ring, stating it was the best-selling game in the trailing 12-month period, which ended in April 2022.

This list of the best-selling games includes physical and full digital copies, on all platforms.

While Call of Duty: Vanguard did take the first place spot in April 2022, Elden Ring still came out at second. Despite being a mostly single-player game, it seems Elden Ring is still as popular as at launch.

We’re unsure of what Elden Ring’s sale numbers look like in April 2022, as Bandai Namco’s released figures end in Q4 2021, which ends in March 2022. Nonetheless, it seems Elden Ring’s success has yet to slow down.

Recently some players have taken to the Elden Ring Reddit to jokingly share their biggest complaints about Elden Ring.

And if you’ve beaten Elden Ring and got one of the endings, you may be wondering, what is the best ending in Elden Ring?

Finally, make sure to check out our comprehensive guide on how to beat Elden Ring, if you haven’t already.

Integrals misleading title, five links to own site, incorrect "facts" (such as claiming that it's still popularly played as much now as at launch)... 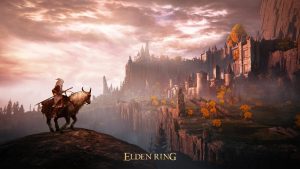 Elden Ring: How to Beat Mohg, the Omen – Boss Guide 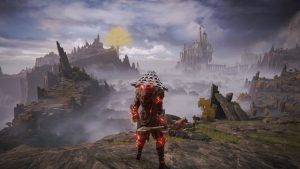