Dwayne ‘The Rock’ Johnson Has a Special Xbox Series X 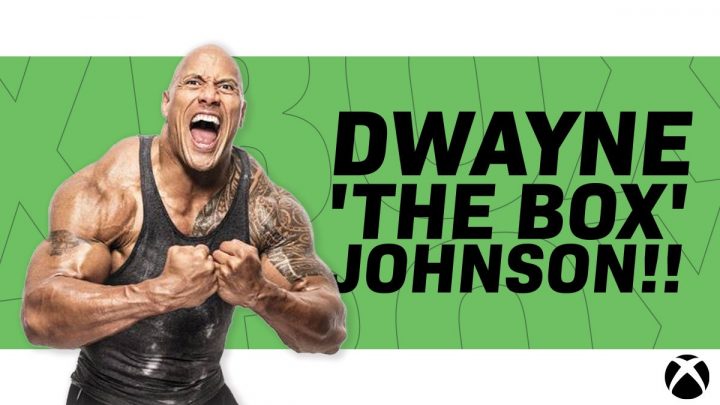 Long-time Xbox fan Dwayne ‘The Rock’ Johnson has a special Xbox Series X, according to a new image that has surfaced online.

Those who were around for the original Xbox announcement will know that Dwayne Johnson has been a long time supporter of the brand. In fact, the actor, businessman, and retired professional wrestler helped show off the console at its first unveiling.

Taking to the stage almost twenty years ago, The Rock appeared alongside Bill Gates himself to reveal the Xbox. Showing off the ‘future of videogames,’ Dwayne Johnson helped make the console’s debut that much more special.

Now, nearly two decades later, it seems that The Rock’s faithfulness to the brand is still being remembered.

In a new image that has surfaced online, it appears that Dwayne Johnson already has his hands on the Xbox Series X. And it’s a special one at that.

The picture of The Rock appears to be taken outside some trailers. This could suggest that the famous actor is busy recording a new promotion for the Series X or that he was caught on set in another project.

It appears that Dwayne’s Xbox Series X is a little different from the ones we’ll soon be getting our hands-on. Firstly, The Rock’s own logo can be found on the device.

What’s more, it appears that the actor has signed the console. This might suggest that the device isn’t for Dwayne himself at all.

It isn’t easy to make out the tiny message, but the writing appears to read:
“Keep working and have FUN! Love, Dwayne ‘The Rock’ Johnson.”

Whoever the recipient is, they’re sure to be blown away by this special and unique Xbox gift. Of course, The Rock isn’t the only celebrity to be given a next-gen gaming console early.

Whatever Microsoft has planned for the upcoming Series X promotion, we can’t wait to see it. If you’re yet to get your hands on the upcoming device, it seems that Xbox Series X/S stock shortage could last for months.

However, it’s not all bad news as some retailers are giving fans a chance to pick up a device on its release date Here’s how Best Buy will be selling PS5 and Xbox Series X/S on launch day.

Microsoft to Host 'What's Next For Gaming' Xbox Event
4

xCloud Streaming Service Could Be Coming To Other Consoles