This little purple blob of cuteness has been kicking it since Generation 1 and is returning in Pokémon Scarlet & Violet.

Ditto has a focus on copy abilities and is useful for breeding Pokémon, and it is well-loved as a mascot and utility Pokémon.

Whether you are grinding out shinies in Pokémon Scarlet & Violet or just looking to pick up an old favorite, Ditto is a worthwhile addition to your team.

Is Ditto in Pokémon Scarlet & Violet?

Yes, Ditto is in Pokémon Scarlet & Violet. You can catch it in several later game areas, but your team needs to be at a higher level.

Sitting at levels between 28 and 31 means that it can not be a very early addition to your team, but it is catchable in the Western Province, in Terra Raid Battles, and Mass Outbreaks.

If you are looking to pick up one in a less conventional way, check out our guide on how Terra Raid Battles work and how to beat them.

But there is a caveat for simply hunting for Ditto. It does not appear visibly in the overworld, so random battles are necessary to pick out the fake Pokémon and reveal it.

Where to Catch Ditto in Pokémon Scarlet & Violet

You can catch Ditto in the Western Province of Paldea in Pokémon Scarlet & Violet, specifically in areas two and three.

It is also possible to capture it in the new Terra Raid Battles scattered across Pokémon Scarlet & Violet and in Mass Outbreaks.

The Pokédex indicates that Ditto spawns near cities and towns, and remember, it is not visible in the overworld; it is disguised as another Pokémon.

You need to battle Pokémon in the specified areas to reveal it. As soon as the battle begins, it will appear, and if not, try to battle another nearby Pokémon.

In its habitat, it has been seen as the following:

But know that Ditto can likely copy any Pokemon in areas 2 and 3 in the Western Province of Paldea.

What are Ditto’s Stats?

Dittos have fairly low base stats with a value of 48 for HP, Attack, Defense, Special Attack, Special Defence, and Speed.

But despite lower base stats, its advantage is not numerical but rather ability based. It has several versatile moves like Imposter and Transform, allowing Ditto to mimic opposing Pokémon types and all.

What is Ditto Effective Against?

Ditto is not effective against any other type of Pokémon as it is a normal type Pokémon.

However, it is weak against fighting-type Pokémon and is immune to ghost-type attacks. But when the Imposter ability activates, or you use the Transform move, it changes into the opposing Pokémon.

With its signature ability, Imposter or Transform, Ditto will take on most abilities and attributes of any opposing Pokémon, including the types. With Pokémon Sword and Shield as a point of reference, Ditto can likely copy legendary Pokémon, but we have not confirmed.

But, given that Ditto can sometimes be hard to find, you should check out our guide on resetting wild Pokémon spawns fast in Pokémon Scarlet & Violet. 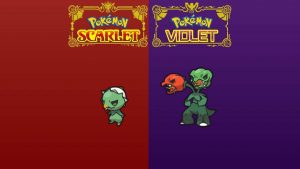 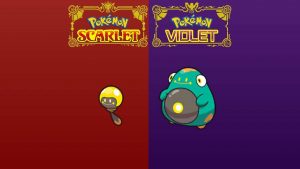 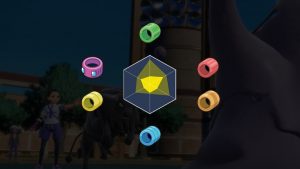 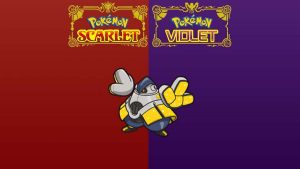