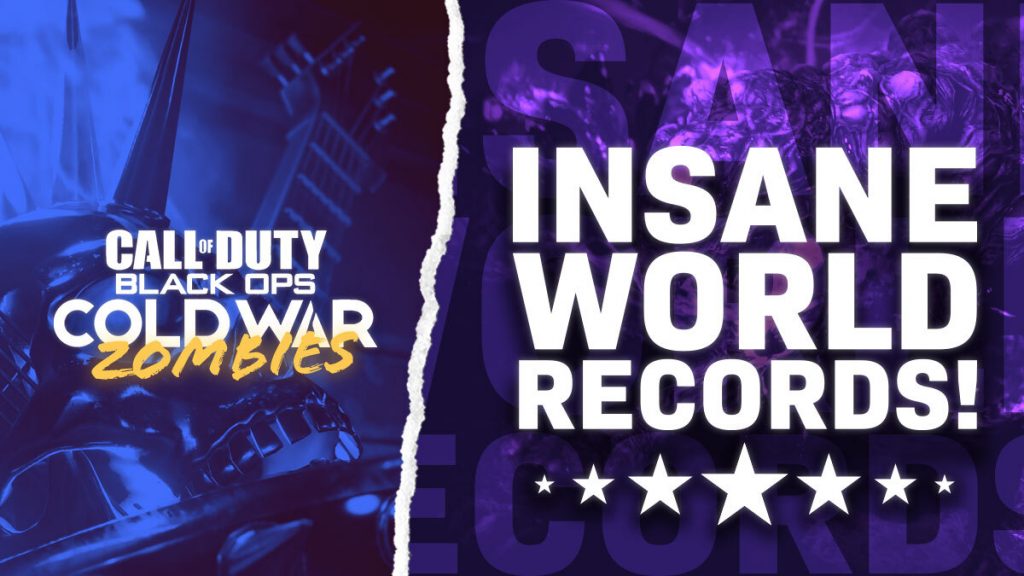 The Zombies Community has had the opportunity over the years to earn World Records on the Zombies World Records website. With the release of Black Ops Cold War, players are vying to be at the top of the leaderboards.

This article will cover a few of the world records in Die Maschine for Black Ops Cold War zombies.

There are numerous categories zombies players can achieve records on. These include speedruns and challenges based records.

Challenge based records include First Room, No Power, No Perks, No Jug, and No Craftables.

In this article, I'd like to cover a handful of world records that I believe are the most fun leaderboards to submit for.

All records listed below are the current world records as of November 30th, 2020.

Easter Eggs are a staple in Call of Duty zombies, and many players strive to complete the Easter Egg as fast as they can.

Their final time for the Die Maschine Easter Egg was 17:49.

These four players are a part of the No Thumbs crew, an online clan of zombies players who consistently submit to the leaderboards and perform crazy and skillful challenges in Call of Duty zombies.

The Exfil speedruns on Zombies World Records are divided up by two sub-categories: Round 11 and Round 21.

Exfil is a brand new feature in Black Ops Cold War zombies where players can end the game with a cinematic escape scene where you must flee to a helicopter to escape.

The fastest time for the Round 11 Exfil speedruns is a tie between a 3 player and 4 player record.

Both teams achieved a final time of 6:26.

Currently, the fastest time for a Round 21 Exfil speedrun is held by a solo player, GannonSnipes.

High Rounds are the core of Call of Duty zombies, Since its inception, players have been trying to get the highest round possible.

Currently, for Die Maschine, the highest round achieved is Round 558 by a solo player by the name of Poomda.

Just like most players who go for high rounds, Poomda used the famous ring of fire strategy at the top of Nacht Der Untoten to achieve such a high round.

Unfortunately for Poomda, his game crashed and the game forcibly stopped at Round 558. They could have kept going and set the record much higher if it wasn't for that.

Turing on the power is one of the first things players do when progressing through their games of zombies.

However, these leaderboards challenges you not to turn the power on.

In this sub-category, players are allowed to use any support they want from the crafting table.

Currently, the highest round for No Power on Die Maschine is a solo player game held by player Klicher, a name we have seen before in this article.

They got to Round 258 without turning the power on.

This sub-category challenges players not only to leave the power turned off, but you cannot use any of the scorestreaks from the crafting table.

This category is different from most leaderboards because this is one of the few that only has leaderboards for 1 player only.

The current world record holder for this leaderboard is by player ProZ-YTB__FortNikeur.

They made it to Round 115 without turning the power on and without using scorestreaks.

Perks are essential in-game buffs that help you survive. However, these leaderboards challenge you to not buy a single perk.

Just like the No Power leaderboards, this record has to sub-categories, With Armor and No Armor.

You can obtain armor from the arsenal in the particle accelerator room.

This record only has single player leaderboards.

In this sub-category, player are allowed to use armor in their games.

The current world record is held by Klicher once again.

They made it to Round 258 without buying any perks while using armor.

This sub-category challenges the player to not only not buy perks, but to no use armor as well.

Currently, the world record for this record and sub-category is held by TTV MasterSmexy.

They made it to round 153 without buying perks and without using any armor.

The first room is the exactly that. The moment you spawn in the map, you are in the first room.

This record challenges players not to leave this room and get to the highest round possible.

This world record on Die Maschine is one again held by Klicher.

They achieved round 258 without leaving the first room on Die Maschine while using scorestreaks.

Currently, this is a joint world record between Klicher and TTV MasterSmexy for the highest round in the Die Maschine first room without using scorestreaks.

Both players made it to round 59.

There are numerous other records as listed above on the Zombies World Records website, and hundreds of players submit for these leaderboards daily, and not just for Black Ops Cold War.

Players from around the globe earn records on Black Ops 4 leaderboards, Infinite Warfare leaderboards, and all other Call of Duty games that have zombies in it.

Only time will tell what other records and leaderboards will be added to the Zombies World Records website, and with the addition of new maps in future seasons of Black Ops Cold War, there are bound to be plenty of other records to strive for.

Do you feel like going for a world record? If so, check out some of our zombies guides to help you in your quest to reach the top of the leaderboards: