I’m going to be honest here. When Destiny, the first game, launched in 2014, I was hooked. I played for a week non-stop. I played countless hours, simply finding the latest loot caves as I struggled to find an Exotic weapon or piece of gear for the first time. To say Destiny had a special place in my heart would be an understatement. Bungie got me. Hook, line, and sinker.

I say this because Destiny 2 at launch never hooked me the same way. I only completed the campaign once they converted to the free-to-play model, and even then, I couldn’t catch on. Yet, I still paid for the expansions and still persevered in the hope it would feel like it did when I played the first game eight years ago.

However, it seems with Destiny 2’s fourth major expansion, The Witch Queen, they’ve finally hit the right notes to cement this expansion into the Destiny lore books. From the very first mission, The Witch Queen rivals that of The Taken King, and maybe even surpasses it.

Thanks For The Memories

Destiny’s best story beats and moments are when the universal conflict becomes more personal. While the overarching story has been built with loads of lore, it’s when Destiny focuses on its characters that it becomes apparent that Bungie has a clear vision. Light and Dark are simple concepts in the grand scheme of things, so converting that into a complex story that involves your character is a success in my books.

Don’t get me wrong. At the heart of it, The Witch Queen is still not pulling punches when it comes to the Galactic fate of its protagonists and the Traveller. It’s still a convoluted story if you were to enter Destiny 2 now without any guidance. Bungie still needs to amend the player experience for newcomers, after all.

The Witch Queen sees Savathun returning to the fray. Coming out of hiding, and wielding the light too, Savathun is an omnipresent force throughout the expansion’s campaign. With the antagonistic Hive, which we’ve battled countless times since the first Destiny, seeing them use our own abilities against us is an exciting switch-up to the formula.

And at the heart of it, that’s what The Witch Queen truly is. It’s a shift in everything Destiny has become. Make no mistake, the gameplay at its core is still shooting bad guys and earning that sweet loot, but The Witch Queen introduces many new things which offer new experiences throughout.

It’s hard to explain the story to those unknowledgeable in the lore behind Destiny. Even I, myself, am not too clear on what is deeper behind the basic story of Destiny. But I’m certain that The Witch Queen is everything it was hyped up to be. The future of the story behind Destiny is becoming an enticing journey, one which you’ll love if you hop on now. Stating this is probably the biggest expansion for Destiny, in terms of story development, is an understatement.

That wouldn’t matter much if the content of The Witch Queen didn’t stack up with its plot threads and twists. Luckily, it does. The Throne World is an exciting addition to the library of locations in which Destiny currently holds, with decent visuals and a variety of areas within. While it can be a bit of a labyrinth, and an annoyance, to head to the next mission within some parts of the campaign, the new destination does a good job.

The Witch Queen’s levels are the true highlight. Each level feels meticulously crafted to make sure the plot works, as well as the combat and some new mechanics. It seems each time you start the next mission, a new feature is introduced, giving new puzzles to solve and new areas to discover. There was a mission that stood out, within one of the pyramids, where the shifting walls allowed for strategic cover, shifting the dynamic from guns-blazing to cover, heal and then shoot.

The Hive’s newfound light abilities add for interesting encounters too. They’re dangerously strong, causing me many deaths within the run-time of the campaign. But, it adds flavour to the enemy pool without actively developing new races of aliens to fight. However, the addition of the light moths is annoying. I won’t take any other opinions. These exploding bugs of light are as tedious as they look, and then some.

While Beyond Light added in the new sub-class of Stasis, The Witch Queen has a few tricks of its own. The ability to “shape”, basically craft, weapons, so long as you have the correct pattern, adds a personal touch to the already huge pool of loot Destiny already holds. The new weapon type, Glaives, are great melee-ranged weapons that feel and look great.

Void 3.0, a calibration and amendment of the Void sub-class is an equally great change. It allows players to fine-tune and craft their Void class to their build, and it makes it super simple for any newcomers too. This isn’t limited to owners of the latest expansion, but since it came with it, we’ll include it here.

It’s just unfortunate, that Bungie keeps sunsetting great things about Destiny 2. Beyond Light saw the removal of mainly the Destiny 2 campaign and two minor paid expansions. The Witch Queen sees the vaulting (or sunsetting) of the Forsaken campaign, which is arguably one of the greatest stories that Destiny had. It doesn’t negate all the right that The Witch Queen does, but it puts a sour taste for those coming into the game from here.

Destiny: The Witch Queen Review - A Refreshing New Expansion
Conclusion
The Witch Queen is an exciting, and much needed, addition to Destiny 2. While it doesn't reinvent the wheel of Bungie's MMO experience, it gives a wonderful story while also opening up the doors to future expansions. The future of Destiny 2 is looking up, and The Witch Queen is why.
PROS
A great plot, with a great antagonist
The new additions are exciting and refreshing
Void 3.0 adds much needed sub-class features
CONS
Newcomers are likely to be confused
Forsaken is now gone 🙁
8.5
Share your thoughts, or ask a question:
Comments 0 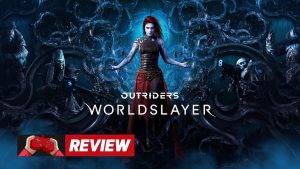