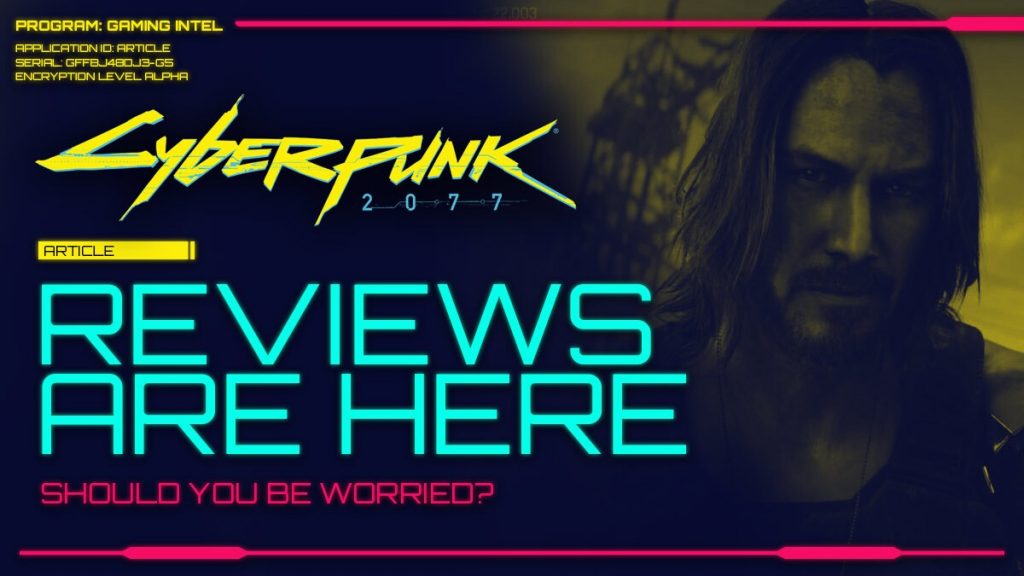 The recent review embargo lifting has revealed that the game might not have the neon glow we all anticipated.

We've all heard of the term 'over-hyping,' which is especially dangerous in the world of gaming.

It's safe to say that players have been concerned about Cyberpunk 2077, with it being delayed multiple times.

Everyone has wanted it to live up to their expectations and for it to be a groundbreaking open-world experience, unlike any other.

Here's the rundown on whats going on with the widely anticipated title.

The reviews for Cyberpunk 2077 are out. Interestingly, you might have a reason for concern based on what has been said about it so far.

Most of the game reviews are fairly strong and favorable, around four out of five or nine out of ten. Which is very high praise for the most part.

There is, however, some major variation between some of the largest game companies, such as IGN and Gamespot.

IGN gave the game a glowing 9/10, praising the game for its detail, scenery, and wealth of gameplay. However, bizarrely and in stark contrast, Gamespot only gave their Cyberpunk 2077 review a rather lacking 7/10.

It's easy to understand that everyone is different, and sometimes reviewers can't help but feel differently. It is quite unusual, however, for a game such as Cyberpunk 2077 to experience such mixed reviews.

Considering how widely regarded the Witcher 3 is as one of the greatest games ever created. CD Projekt is held in very high regard for the quality and caliber of games they produce.

It might be worth mentioning that you can find out how to get the Witcher's Black Unicorn sword in Cyberpunk 2077 here.

The Bad And The 'Bug-ly'

When we take a closer look at what's happening with Cyberpunk 2077's reviews, we can see that there are some glaring differences.

A lot of the issues that are cropping up are also very noticeable and widely accepted across reviews. One major problem that seems to have been highlighted in Cyberpunk 2077's reviews is the number of bugs apparent in the game.

It appears there are just too many of these game-breaking bugs. This can easily ruin an immersive experience.

Crafting a unique and immersive world is hard if you have NPS's clipping through the floor. It's even worse when important objects aren't appearing.

Perhaps CD Projekt have struggled with how vast a game they have created, especially if the map is reportedly twice the size of GTA's

Breaking that immersion in a game like Cyberpunk 2077 is perhaps the most harmful thing possible for a game's launch. Any bug that means the player has to reload or relaunch is a serious issue and a cause for concern.

Maybe it's too much to expect after all of this time for Cyberpunk to be polished and complete. However, there is a day one patch, about as big as you'd expect planned, which should sort this issue.

Amongst many of the bugs that have been reported in Cyberpunk 2077's reviews included are: floating weapons, game crashes, objects or items not loading correctly, and a wealth of other game-breaking bugs.

It's worth mentioning that no review copies of the game so far have included a console version. As a result, currently, console players have no idea how well the game is going to run on their systems.

What is even more worrying is that game itself was delayed in order to fix this very problem. CD Projekt wanted to take some time to address the poor performance issues on consoles.

This could highlight a major problem, particularly with console players. Perhaps the game has serious performance issues that have not yet come to light.

Maybe the PC version of the game just holds up better in comparison?

However, this is still a very worrying and deeply troubling aspect of Cyberpunk 2077's reviews. To forego an important demographic just moments before the game's release could be seen as a little shady.

Despite the issues that some reviews have highlighted with the game. It's important to know that reviews arent everything either.

Whilst some reviews for Cyberpunk 2077 are falling quite short of what was expected, many others have high praise.

There are also many more reviewers out there that might shine some light on the situation, especially for the poor console players who don't know the situation right now.

It might just be too early to tell with Cyberpunk 2077. It's not unlike a game of this proportion to have some teething problems on launch. Maybe all will be well once some problems have been addressed.

It appears to be that bugs are the main issue, but underneath there is an incredible experience waiting for players when the game launches on December 10th.

Players that pre-load the game early can try and access it right now. However, here's what happens when you try and play Cyberpunk 2077 early.

We're afraid you'll have to wait until the exact time Cyberpunk 2077 releases in your region to enjoy the Night City for yourself.

How To Make The Best Melee Build In Cyberpunk 2077
3

Free Cyberpunk 2077 Upgrade on PS5/Xbox Series X – Is It Worth Waiting For?
5

How To Make The Best Melee Build In Cyberpunk 2077…

Cyberpunk 2077: Which Life Path Is Best For Your Character?…
Most Read Now