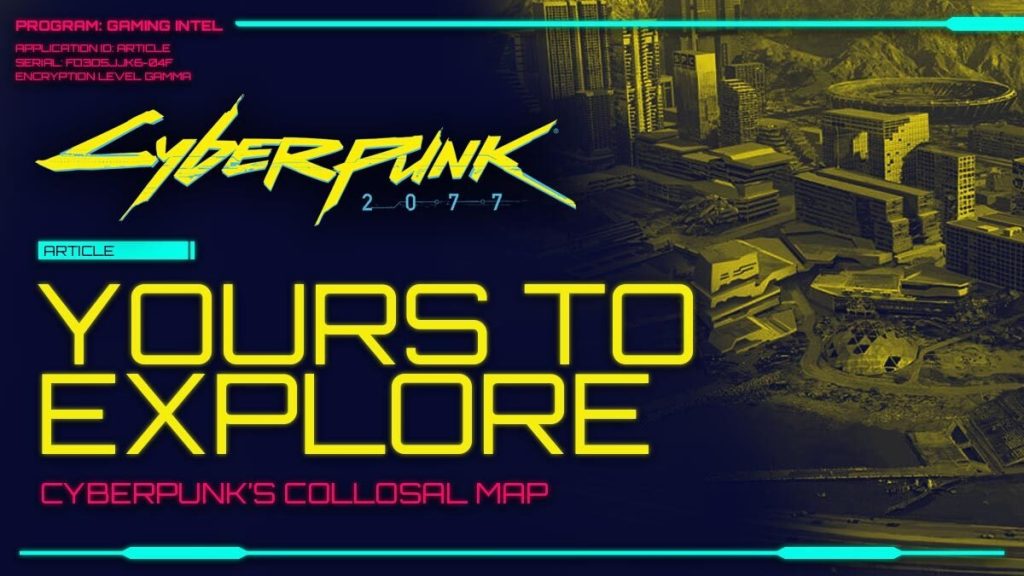 It seems there's plenty to explore in Night City, as Cyberpunk 2077's map may be roughly twice the size of GTA 5.

With just days to go until launch, the hype for Cyberpunk 2077 is at an all-time high. And with several copies of the game being shipped out before release day, the internet is dark and full of spoilers.

But if you're not one of the players who got Cyberpunk 2077 early from Best Buy, don't worry. There will be no spoilers here, as we count down the days until release.

However, we do know one new fact about the game, coming from a fan who sat down and did the math. Through some complex calculations, YouTuber EdgeRunner Cold predicts Cyberpunk 2077's map size.

And from what we can see, Cyberpunk 2077's map appears to be twice as large as GTA 5's total area.

Recently, Cyberpunk 2077 released a new Photo Mode trailer that contains dozens of fun references to other pop culture. It also gives us a quick look at just how large the Cyberpunk 2077 map is going to be.

In the past, CD Projekt's Richard Borzymowski has stated that Cyberpunk 2077 would be smaller than The Witcher 3's map but a lot more densely populated. The game is also said to utilize vertical space a lot better, drawing inspiration from its Cyberpunk setting.

In a new video, YouTuber EdgeRunner Cold attempts to verify just how large the Cyberpunk 2077 map will be. Taking co-ordinates from the Photo Mode reveal, the superfan can put together an accurate estimation of the game's playable area.

From EdgeRunner Cold's calculations, we can see that the Cyberpunk 2077 map looks to be twice the size of GTA V. What's more, this will be a far more explorable area since Rockstar's open-world giant consists of a lot of green space away from the city.

It's also over 10 times larger than Velen & Novigrad combined, two of The Witcher 3's most iconic areas. No matter your playstyle, there's sure to be enough to do - and we can see even more in Cyberpunk 2077's full map leak.

It's no wonder that Cyberpunk 2077's Day One patch is so large, considering how much content CD Projekt had to make sure was up to scratch. But players wanting to explore the Night City with their mates will have a significant wait.

In fact, Cyberpunk 2077's multiplayer will be a standalone product entirely, coming in the far future.

Where to Find Portal's GLaDOS Easter Egg in Cyberpunk 2077
4

Where To Find The Best Iconic Katana Early In Cyberpunk 2077…