Since Gen Three Pokemon has dabbled in team fights, and in Scarlet & Violet, you can even combine Dondozo and Tatsugiri during double battles.

Dondozo and Tatsugiri are a powerful combo that can even take on Pokemon with advantages over them with their boosted high Defense and Attack.

While there are instances of double battles in the Montenevera Gym Leader Battle and Gym Test, double battles are otherwise absent from the single-player campaign.

To get the most out of a Dondozo and Tatsugiri, you must try double battles in the game’s multiplayer component. To learn how this combination works, read below.

To combine Tatsugiri and Dondozo, both of them need to be on the battlefield during a Double Battle. Once both Pokemon are in battle, Tatsugiri automatically jumps in Dondozo’s mouth with the Commander Ability, raising its stats.

Have both Pokemon set consecutively on your team, ideally on your team’s first and second spot, so both get out on the field at the same time.

Combining Dondozo with Tatsugiri increases Dondozo’s stats by two points each. Additionally, if Dondozo uses the move Order Up, it gains a stat boost based on the type of Tatsugiri in its mouth.

These are all the benefits of this Tatsugiri combination with Dondozo via the Commander ability:

How To Use Order Up With Tatsugiri

To use Order Up with Tatsugiri, Dondozo must have a Tatsugiri in its mouth with the aid of the Commander ability during a Double Battle. Once this condition is met, Dondozo will receive a stat after using Order Up.

How to Double Battle in Pokemon Scarlet & Violet

To fight double battles in Pokemon Scarlet & Violet, Go to the Poke Portal to access “Battle Stadium” and then select the “Double Battle” option after choosing “Ranked” or “Casual.”

You can also double battle with friends using the “Link Battle” option.

All Pokemon, no matter the level, will be raised or lowered to Level 50 in multiplayer matches.

In this option, you play with random players.

This option allows you to play with friends or specific players with whom you have shared your Link Code.

Dondozo and Tatsugiri Pokemon can both be caught in the Lake Casseroya region in the northwest corner of Paldea.

While Dondozo is only found swimming in Lake Casseroya, Tatsugiri is found both in the water and on the islands scattered across the lake.

For full overviews of the Pokemon, their types, and more, follow our guides on how to catch Tatsugiri and how to catch Dondozo.

If you’re looking forward to even greater challenges in Pokemon Scarlet & Violet, find some pals and get ready to fight the Black Tera Charizard, available from Dec. 1 to 4 and again on Dec. 15 through 18.

How to draw that tatsugiri that attacked the Chien Pao? 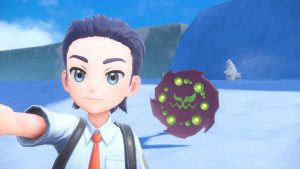 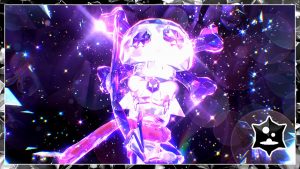 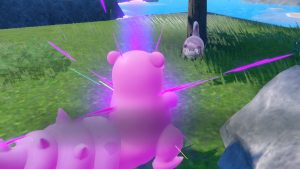