There will be a brand new perk machine in Mauer Der Toten which will help players fight off waves of the undead. This perk will be very familiar for fans of past Zombies, and will be very handy for players who love using loads of different weapons.

It has been revealed that the fan-favorite Mule Kick perk will finally be coming to Cold War Zombies. And, luckily for players, a leaker has revealed all of the upgrade tiers for the perk too.

But first, check out the Mauer Der Toten reveal trailer to see what’s in store in the next Cold War Zombies map

What Does Mule Kick Do in Cold War Zombies?

Cold War Zombies has already introduced the Tombstone Soda perk, which has had loads of glitches so far. Let’s hope that Mule Kick is a bit better!

Mule Kick, like in the previous Zombies games, lets players carry a third weapon. This will now be especially useful in the large Outbreak maps.

What’s more, there are plenty of upgrades you can purchase for Mule Kick, making it even more useful.

Reliable Call of Duty dataminer Nanikos posted on Reddit, revealing the upgrade tiers for the new Cold War Zombies Mule Kick perk. Treyarch hasn’t confirmed this yet, so take it with a grain of salt.

Also, make sure to find out how to get Flawless and Refined Aetherium Crystals to upgrade your Zombies perks.

Will you be using Mule Kick when the perk comes to Cold War Zombies? It’ll certainly help you get out of some scary situations!

Finally, a huge leak has revealed information about a standalone Zombies game, alongside Modern Warfare 2 and Black Ops 2. Call of Duty will continue going strong for many more years if this is right! 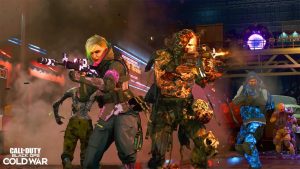 Forsaken: How to Upgrade Weapons for Free - Sharpshooter Easter Egg 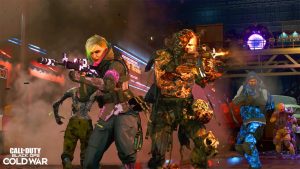 Forsaken: How to Get Arcade Tokens & All Arcade Games Guide 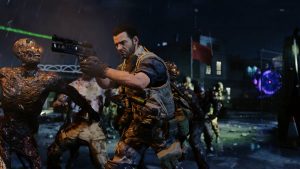 Forsaken: How To Find & Use the Pack-a-Punch Guide
More CoD Zombies