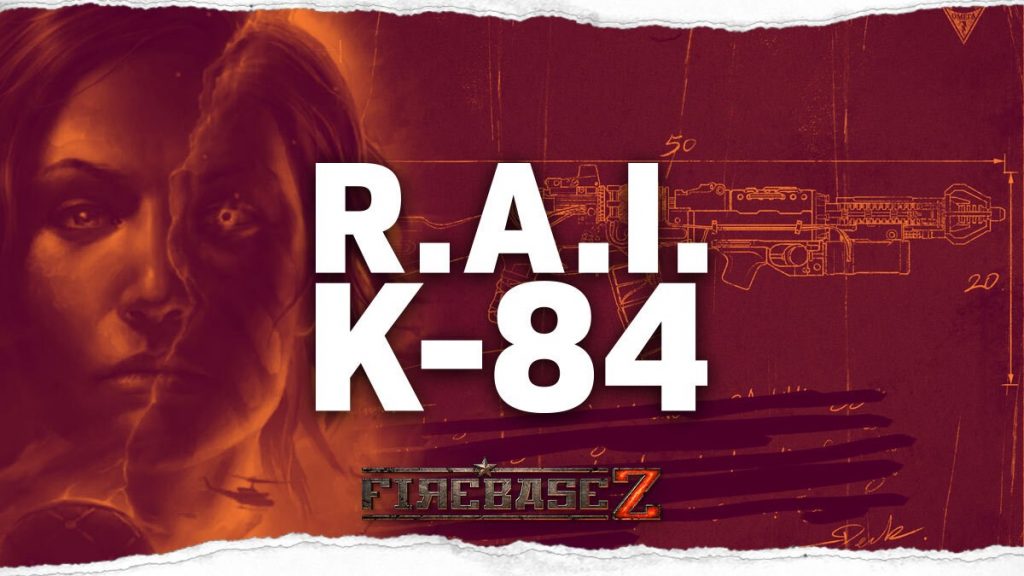 There's a new Wonder Weapon in Black Ops Cold War Zombies on the Firebase Z map - here's everything we know!

With just days left until the release of Cold War Zombies' second major map, fans are certainly getting excitable. Over the past few days, we've seen everything from insane speculations, to in-depth trailer analysis.

Despite being close to release, we don't know too much about the upcoming Zombies experience. But new details are emerging about Firebase Z's new Wonder Weapon, and we can't wait to get our hands on it.

The Black Ops Cold War Zombies Wonder Weapon is a powerful, futuristic gun with tremendous potential. And now, it looks like the R.A.I. K-84 could be even more destructive.

What is the Firebase Z Wonder Weapon?

Thanks to a new image from Treyarch, we have a little more detail about what exactly the Firebase Z Wonder Weapon is.

Effectively, Firebase Z players will be able to get their hands on a cross between a Ray Gun and an AK-47. The gun's official Blueprint is named: REACTORNIY AVTOMAT-IZLUCHATEL KUHLKLAY-84.

Or if that's too much to say, perhaps abbreviating it to the R.A.I K-84 would be best. This weapon will likely be known as the R.A.I. K (Ray-K) by the player base.

The R.A.I. K-84 appears to be able to shoot purple blasts at enemies, but it also has an alternative fire. Using the secondary mode, players can shoot a large purple enemy ball, which can detonate and affect a large area.

Interestingly, the R.A.I. K-84 also houses an Element Converter, so expect a similar sort of upgrade tree to the D.I.E. Wonder Weapon. If rumors are correct, the R.A.I. K-84 will use the same 4 elemental powers, with Fire, Ice, Electricity, and Nova gas available.

How to Get the Firebase Z Wonder Weapon - Cold War Zombies

If you want to get your hands on the Firebase Z Wonder Weapon in Cold War Zombies, there's only one known method. So far, it appears that players will be able to obtain the gun from the Firebase Z Mystery Box.

If Die Maschine is anything to go by, there will be an alternative way to get your hands on the powerful loot too. But using the Mystery Box in higher rounds will allow users a better chance at rolling the gun.

This is particularly helpful, as the Black Ops Cold War Zombies Firebase Z trailer shows the weapon having a huge advantage against hordes of zombies.

We've recently seen a full map layout for Firebase Z, so players can get planning their R.A.I. K-84 strategies early.

But Firebase Z isn't the only exciting thing just around the corner. Here's what's new in the February 4 update for Black Ops Cold War.