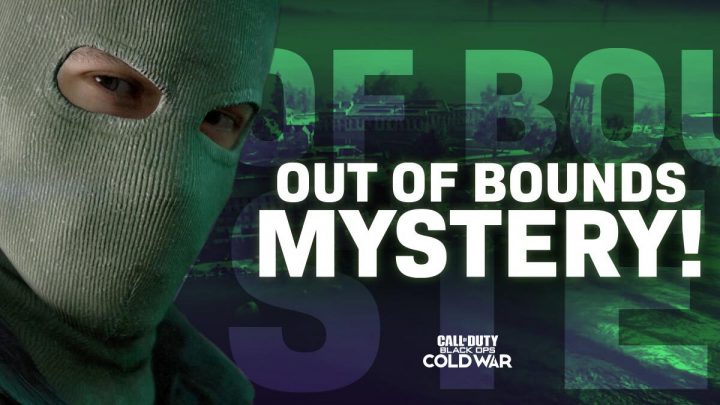 Call of Duty is known for having many secrets Easter Eggs. This one might be the strangest yet though.

Usually, when players fall below the map in any game, they will fall endlessly. However, this player ended up finding some secrets hidden underneath.

This player could be the first person to ever find this strange image hidden under a Cold War campaign mission.

The glitch involves getting outside of the map in a particular campaign mission – “Break on Through.” The player then found an empty grassy field with objects in it.

This photorealistic field is a very strange thing to find and contains a few objects too. It’s also a complete 360-degree picture.

In the field, the player found a sign which had the date and time as well as sun and shadow angles. There was also a bag and a bottle of Gatorade elsewhere.

Players theorize that the secret image may be so the developers had some lighting references while they were making the game.

It was most likely added during development for quick access to lighting. The developer thought nobody would find it so they left it in the game.

Fans also decided on the Reddit post that the Gatorade probably belonged to the cameraperson. Nothing too exciting then.

Check out our guide on how to complete the Rebirth Island Easter Egg if you want more hidden Call of Duty secrets.

Players can also enjoy a brand new game mode. Find out what modes are part of the new playlist update.

Streamer Accused of Cheating in Warzone Tournament by Pro Player
2

Dr Disrespect Is Ready to Retire Over Warzone Aim Assist

Streamer Accused of Cheating in Warzone Tournament by Pro Player…