The new Black Ops Cold War patch has fixed a number of bugs, including the completely broken daily challenges.

Daily challenges first came to Cold War a few weeks ago. However, players were quickly disappointed when they encountered a whole load of problems with them.

Many challenges would not track correctly, be incorrectly marked as completed, or not refresh every day. Players on all platforms experienced these issues and the glitches also extended to Zombies daily challenges too.

This new patch states that the following daily challenges issues have been resolved.

The jury is still out on whether the patch has totally fixed daily challenges. Players will find out in the coming days whether the challenges are working as intended in Cold War.

The patch notes also detail that Treyarch has fixed a number of other bugs and glitches in Cold War.

The H.A.R.P scorestreak has been totally broken in Hardcore game modes since Cold War launch. There have also been problems with Holiday Care Packages.

Treyarch has fixed these glitches in the new patch so that the scorestreaks should work as intended. Operator mission XP in multiplayer has also been adjusted.

There has also been a number of fixes for the Zombies mode. This has imrpoved the game's stabaility, fixed Pack-A-Punch issues and closed map exploit issues.

This may be a problem for players who were using this Cold War Zombies glitch to be invincible and level up guns quickly.

However, there is no sign of the glitch that wiped this player's account after he had grinded camos in Zombies for over 100 hours.

Hopefully, Treyarch will consider putting these two changes to fix the hated Miami map in their next patch. This would make the map much more enjoyable for all players.

Also added as part of the new patch is the new playlist update which features some great new game modes. 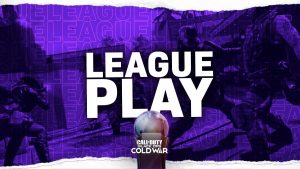