Chrome weapons in Fortnite will reportedly require less damage to upgrade, according to Fortnite leaker HYPEX.

Chrome weapons were introduced into Fortnite during Chapter 3 Season 4, which saw the parts of the island covered in Chrome.

The new feature has entirely changed the way players interact with Fortnite’s multiple game modes, especially when they get their hands on the unique Chrome Splash item.

However, many fans were disappointed at how long it took to upgrade the Chrome weapons and make them actually useful. Fortunately, it seems as if Epic Games has finally addressed this issue.

The damage required to upgrade Chrome weapons – which are the EvoChrome Shotgun and EvoChrome Burst Rifle – has changed to the following:

The EvoChrome Shotgun and EvoChrome Burst Rifle start out as uncommon rarity, but players can upgrade them all the way to Mythic rarity by dealing damage. Once upgraded, these guns hit harder, reload faster, and even have less recoil.

Read More: How to Complete Fortnite Discord Quests & All Rewards

However, until now, players felt that Chrome weapons simply took too long to upgrade. To put it into perspective, 1800 damage would roughly mean killing 7 players in Zero Build.

This fix should make using them a more viable option now that the required damage has been vastly reduced.

Additionally, Chrome weapons should spawn more frequently across the island. However, if you’re struggling to find them, there are easier ways of obtaining Chrome weapons in Fortnite.

It is worth noting that none of this information has been officially confirmed by Epic Games. However, alongside other users, we have experienced the lower upgrade requirements personally.

Now that Chrome weapons are far more effective, it will make getting a Victory Royale in Fortnite so much easier. 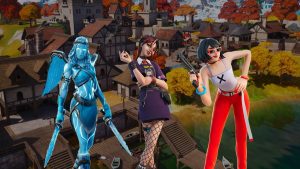 Every NPC in Fortnite Chapter 4 Season 1: Where to Find Them & What They Do 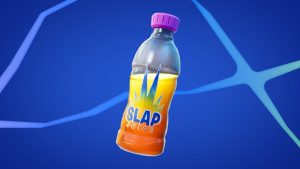 What Does Slap Juice Do in Fortnite? 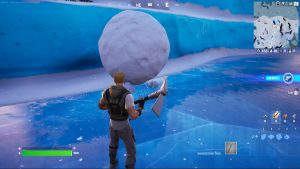 How To Make & Ride Snowballs in Fortnite
More Fortnite 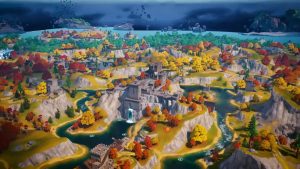