Nintendo has finally revealed Chris Pratt’s voice rendition of their most iconic character, Mario, and let’s just say it’s an interesting one.

Last year, Nintendo Direct revealed that Chris Pratt would star as the voice of Mario in “The Super Mario Bros” animated movie.

Fans were both mortified and intrigued. During that time, Chris Pratt became sort of a meme for being the leading man in almost any new project.

When Nintendo announced that he would take the helm of the most iconic Italian Plumber in video games, well, fans weren’t too happy.

Now, we finally have a glimpse of what his voice will sound like in the upcoming film. The Super Mario Bros Movie.

It’s not to say that it’s bad by any means, but it sounds just like Chris Pratt with a slight twang. The trailer’s showcase of Jack Black’s Bowser severely overshadowed the Italian plumber to the point where it felt like a Bowser Trailer.

The animation also looks incredible, and all signs point to this being a memorable film for any fan of Nintendo.

Chris Pratt wasn’t the only one that showcased their voice in the film. The Super Mario Bros. Movie official trailer also showcased a few members of the rest of the star-studded cast, including Bowser and Toad!

Here is a full list of the entire cast, although not everyone showed up in this trailer:

But the focal part of the trailer was Chris Pratt, who was under heavy criticism since he was revealed as the voice of Mario.

Check out the first official glimpse of Chris Pratt as Mario here: 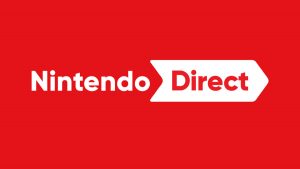