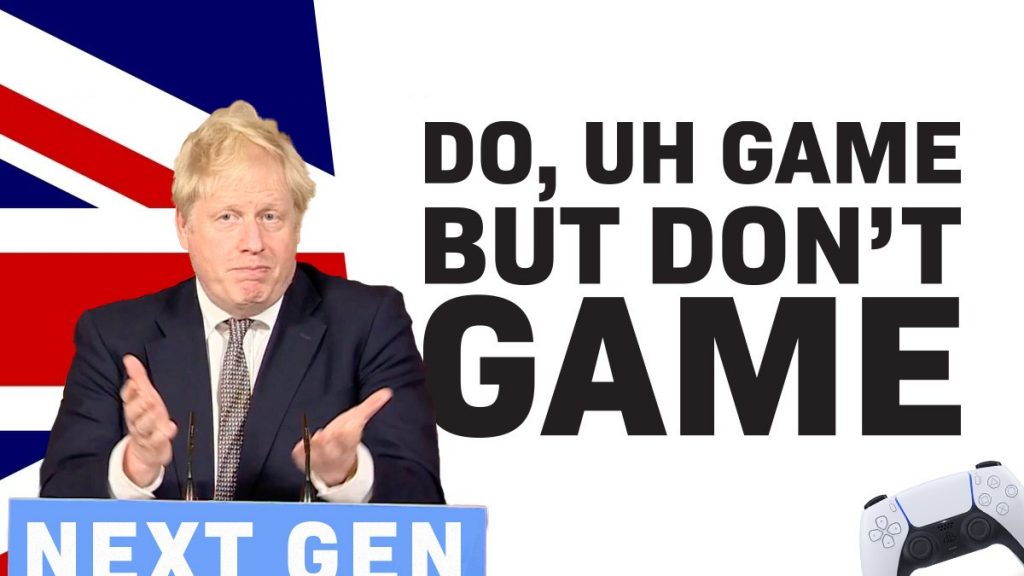 England is set to enter a second national lockdown, and gamers across the country are wondering one thing. Will lockdown affect the PS5 and Xbox Series X/S pre-orders?

Despite England heading into a month-long lockdown this Thursday, next-gen consoles are set to release just a few days later. No matter how you look at it, the country is set to be in isolation again on both Microsoft and Sony's launch dates.

So, will acquiring the next-gen hardware still be possible? It's a complicated question, and it seems that fans will have to do their research.

Of course, those who are awaiting an online delivery will be fine. But other gamers who were expecting to pick-up their devices in-store might have issues to contend with.

The first important point to note is that the official government guidelines insist that people once again remain at home in lockdown. There are various exceptions where it's okay to break this rule, but picking up a next-gen console isn't one of them.

Non-essential retailers are being made to close, and gaming stores may be shutting their doors. However, there's a light at the end of the tunnel.

Those shops that can run a 'Click and Collect' service can remain open under the new rules. Therefore, major retailers such as GAME, Argos, and Smyths may, in-fact, be able to get your PS5 & Xbox Series X/S pre-order to you, even in lockdown.

You're not meant to be out of your home to collect the device, of course. But the very fact that the store is open suggests that the government isn't keeping anyone from accessing it.

It's possible that some retailers will allow those who pre-ordered to change their collection to delivery. However, there's likely to be a tremendous strain on launch day deliveries as it is.

Right now, some stores are arranging a new timeslot system that aims to have gamers collect their hardware as safely as possible. Likely, some impatient gamers will still flood the stores' surrounding area as soon as the shutters rise, so be careful when collecting in person.

It's worth checking your local store's social media for confirmation, as many areas are handling the process differently. Right now, GAME is only confirming the process for the Xbox Series X/S launch day.

This is likely because the PS5 release date is a little further away in the UK. The company probably wants to see if this new collection method is capable of running smoothly before Sony's massive launch.

What this means for those who are yet to get their hands on a next-gen pre-order is that you'll likely have to keep a careful eye on online retailers from here onward. But Xbox fans may struggle, as Xbox Series X/S's stock shortage could last for months.

Sony isn't doing much better, and not everyone will get a PS5 in time, according to the company. Unfortunately, the global pandemic is leading to significant delays in all forms of entertainment, and console releases are no exception.

By the time we come out of lockdown, perhaps the PS5 and Xbox Series X/S pre-order rush will be over. Microsoft and Sony may even be ready to unleash another wave of hardware onto the market.

An Elder Scrolls 6 Announcement Could Be Coming Soon
3

How to Turn Off Your PlayStation 5 Console
4

An Elder Scrolls 6 Announcement Could Be Coming Soon…

How to Turn Off Your PlayStation 5 Console
Most Read Now