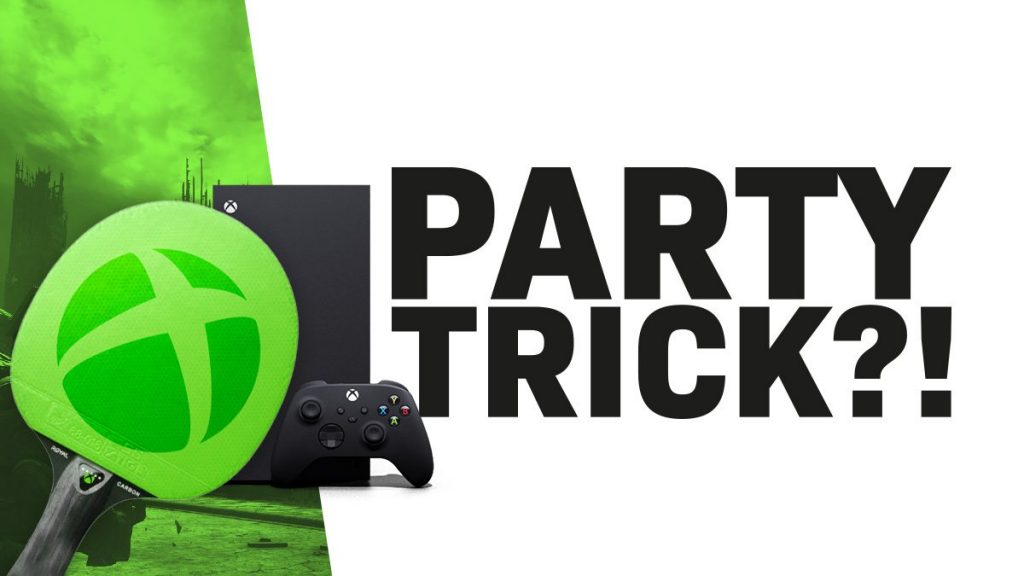 The Xbox Series X went viral for more than one reason on its launch day. One Reddit user claims you can float a ping pong ball on the device's fans, but we're not convinced.

It was a strange launch day for the Xbox's next-gen consoles. As millions of fans worldwide got hold of their new console, fans became fascinated with trying to float a ping pong ball on the Xbox Series X.

This came after one Reddit user made the claim that the tiny ball could, in fact, balance in the air currents being expelled from the console's fans. According to the user, playing Forza Horizon 4 was enough to float the ping pong ball in place gently.

The Xbox Series X fans are powerful, but they're not that noticeable. Although major sites have covered the story, we're still not convinced that it's true.

A new video by Twitter user Yzoja suggests that the floating ping pong ball may well be fake. In the following clip, the Xbox Series X owner attempts to float a feather on their console.

As we see, the Xbox Series X fans aren't able to keep the feather afloat, even when running Assassin's Creed: Valhalla. We'd imagine that the new title is more intensive than Forza, yet there's very little air coming out of the machine.

According to Window's Central's Jez Corden, the initial ping pong post was almost certainly a fake. It's an upsetting revelation, and retailers may well get a few packs of ping pong balls returned shortly.

However, as games get more intensive in the future, perhaps the Xbox Series X fans will start to work harder. We just need developers to really make the technology work for it, and then the Xbox will float ping pong balls.

At least, that's our theory.

Reddit users will be let down, as some were already demanding that ping pong balls be packed in with their consoles. Why someone would choose to fake this feature, in particular, is unclear.

However, it's not the only fake footage of the Xbox Series X going around at present. In a new tweet, Xbox addresses fake Xbox Series X smoking videos that are surfacing online.

One issue that is yet to be disproven is the Xbox Series X's worryingly loud disc drive. According to a few select users on Twitter, some Xbox consoles are malfunctioning when inserting discs.

If you're yet to get your hands on the next-gen hardware, you may be out of luck this year. Xbox's new statement suggests that the Xbox Series X/S stock shortage could last for months.