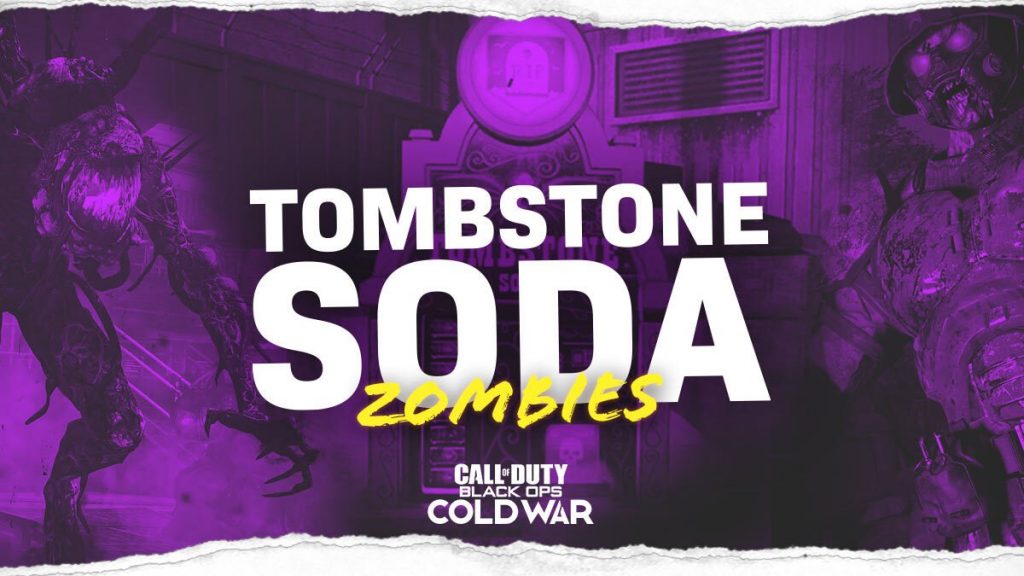 Tombstone Soda is the latest Perk to arrive in Black Ops Cold War Zombies - but what exactly does it do?

With the addition of Tombstone Soda to Black Ops Cold War Zombies, there's a new Perk tree for players to try out. But the popular Tombstone Perk doesn't work exactly as long-term fans may remember it.

That said, the Perk is probably better than ever before in Cold War Zombies. For those who want to learn how to use it best, here's everything you need to know about Tombstone Soda.

Everything You Need to Know About Tombstone Soda

Where to Find Tombstone Soda in Firebase Z and Die Machine

If you want to find Cold War Zombies' newest Perk, Tombstone Soda is not hard to track down. After all, once players teleport to Firebase Z for the first time, you'll be able to spot Tombstone over by the Barracks.

You can also purchase Tombstone Soda from the Wonderfizz machine. You'll need to turn on the power in Firebase Z to access it.

Once this is done, you can find the Wonderfizz in the Village Mess Hall, near the Pack-a-Punch. For 2500 points, you can get the drink and boost your chances of survival.

But many players might not know that Tombstone Soda is in Die Maschine now too. Although the Perk machine isn't present on the map just yet, the Wonderfizz located in the Dark Aether on Nacht Der Untoten rooftops.

What Does Tombstone Soda Perk Do in Cold War Zombies?

In past titles, Tombstone Soda has been a Perk that allows players to leave behind a deathbox, containing their items and resources once killed. It's a highly specific Perk to be grabbing in-game.

However, Cold War Zombies is giving Tombstone the buff it needs to be great. Now the Perk has 3 tiers to unlock, each one powering up the drink.

At Tier 1, players will become a shadow in the Dark Aether, capable of reviving themselves once downed.

Tier 2 raises the amount of time they can spend downed up to a minute, giving them more chance at revival.

And finally, Tier 3 will also add the deathbox feature, allowing the user to drop all their items for retrieval once killed for good. However, this isn't free, and actually costs 7000 points to grab your kit back.

However, no matter your Perk level, Tombstone won't give you a flawless revive if you're not fast. Waiting too long will cause you to lose your other Perks, one at a time.

It's obvious that Tombstone Soda is a great Perk to have. This is especially the case if you've finally just acquired the upgraded Wonder Weapon in Firebase Z and you want to hold onto it.