Black Ops Cold War is Getting a Prestige System, Ties in With Warzone 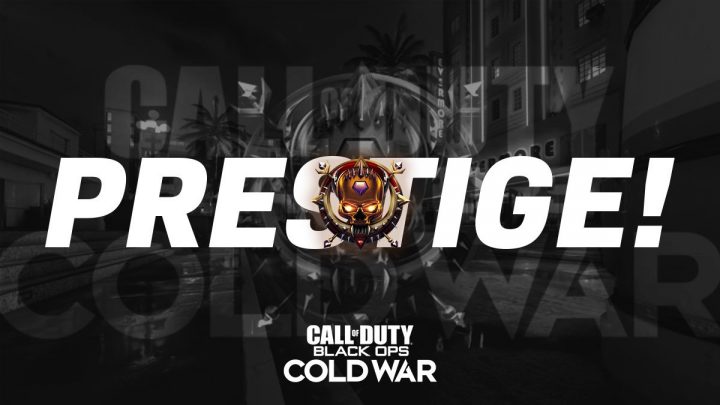 After months of waiting, fans can finally rest easy knowing that Black Ops Cold War does have a Prestige system.

The Call of Duty franchise’s Prestige system is one of the series’ most iconic features. Upon reaching the game’s max level, a player had the option to Prestige, resetting their level back to one.

In doing so, they’d gain a Prestige emblem, special rewards, and more. However, all weapons will need to be unlocked again through leveling.

Seeing a player several Prestiges deep was always impressive, and it gives fans a reason to continue to grind. Now, Prestige is returning in Black Ops Cold War.

Treyarch wants to make this their “deepest Prestige system yet,” and there are some new changes to how things work.

As ever, players will be leveling up in-game to unlock all that Black Ops Cold War has to offer. But this time, they won’t lose these unlocks when they Prestige.

After reaching level 55, players enter a Seasonal Leveling progression path. This path will be where the new Seasonal Prestige is tracked.

Finishing off the first 55 levels will grant players Prestige 1. From there, they can earn up to 3 Prestiges before Season 1 begins in December.

Those who reach Season Level 50 will hit Prestige 2 and unlock a bonus Weapon Blueprint.

When Season 1 officially launches, players will gain 4 more potential Prestiges, each 50 Season Levels apart. There will be more Blueprints up for grabs along the way, of course.

In total, across all seasons, more than 25 Prestiges will be available to earn, and there’s an incentive to getting each one.

Besides Blueprints, players are rewarded for reaching a Prestige by unlocking new icons and special Prestige Keys. Each Prestige Key can be spent on Legacy Prestige Icons from previous games.

Those who hit level 200 in a given Season will also unlock the title of Prestige Master for that Season. This gives you a new color Prestige Level and allows Legacy icons to be equipped.

Each Season has a whopping 1000 levels to complete to keep the die-hard fans busy. And those who aren’t ready to leave Warzone and Modern Warfare behind are in luck.

Seasonal Prestige is also coming to the past Call of Duty title and the battle royale mode. Whether you’re playing Black Ops Cold War, Warzone, or even Modern Warfare, you’ll always be leveling up.

And although no more Modern Warfare content will likely be coming, you’ll still unlock equipment for both Warzone and Cold War. Now we need to know when the Black Ops Cold War map for Warzone is coming.

Fans may still be arguing whether or not Black Ops Cold War is a downgrade from Modern Warfare, but at least it’s giving people what they want. Now with less than a week until launch, we can confirm that Cold War is getting a Prestige mode, after all.