In a new in-depth comparison by Digital Foundry, we see whether the PS5 or Xbox Series X is better for Black Ops Cold War.

Although Sony and Microsoft are on good terms, the console war still rages in many fans' hearts. Most gamers have picked their sides, and many are more than eager to mock others for not choosing the same team.

Black Ops Cold War is one of the most popular games of the new generation of gaming so far. With that said, we want to know exactly which version of the game performs better.

Thankfully, Digital Foundry has created an excellent side-by-side comparison, which lets us see exactly which console has the edge.

PS5 vs Xbox Series X - Which Is Better for Black Ops Cold War?

According to Digital Foundry, PS5 and Xbox Series X don't have much between them when running Black Ops Cold War with Ray Tracing enabled. In terms of frame rates, however, Xbox might have the edge.

With most people currently running the 60 FPS, Ray Tracing enabled mode on consoles, due to the lack of 120 Hz TVs in the wild, Digital Foundry ran some tests on the higher resolution settings.

According to the playtesters, 95% of the time, the consoles both put out 60 FPS. However, the PS5 does drop frames during some of the more intensive moments of the game.

Specific set-piece moments with a lot to process, such as the iconic RC-XD plane chase, can see significant frame drops. However, this is not an issue whatsoever on Xbox Series X.

It's worth noting that these issues are barely an issue, and disabling Ray Tracing on either console will boost performance immensely.

Next up, taking a look at 120Hz mode, there's a shift in dynamic. Both PS5 and Xbox Series X are more than capable of running Black Ops Cold War at 120 FPS.

Remarkably though, it actually appears to be the PS5 that handles things better this time around. Although neither console is particularly noticeable when dropping from 120-100 FPS, the PlayStation appears to cope with the strain better than its Xbox counterpart.

With regards to Multiplayer, both consoles put out a smooth 120 FPS performance. The only real strain appears to come with hectic moments in the Black Ops Cold War campaign mode.

What about the Xbox Series S?

You'll likely notice in the Digital Foundry video that the Xbox Series S runs at a lower resolution of 1440p. However, the device is actually capable of running Ray Tracing, something that Digital Foundry has now realized was overlooked on its part.

The company promises to look further into the Series S and Black Ops Cold War in the future. Overall though, the game looks like a fine addition to any Series S owner's library.

The Digital Foundry testers also remark on how much the PS5's DualSense controller adds to the game. In fact, the DualSense haptic feedback is tuned for every weapon in Black Ops Cold War.

Although many users will turn these options off in Multiplayer, as it affects how quick triggers can be pulled, it's a worthy addition to the campaign mode.

It's worth pointing out that, currently, Black Ops Cold War appears to be bricking Xbox Series X consoles. It's difficult to worry about how many frames you're getting if your next-gen device might be broken before the next patch drops. 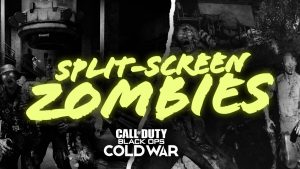 Black Ops Cold War Zombies: How to Get & Upgrade the Wonder Weapon
3

How to Earn Scorestreaks Fast in Black Ops Cold War 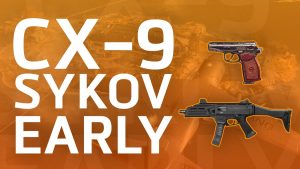 Modern Warfare: How to Unlock the CX-9 & Sykov Early…