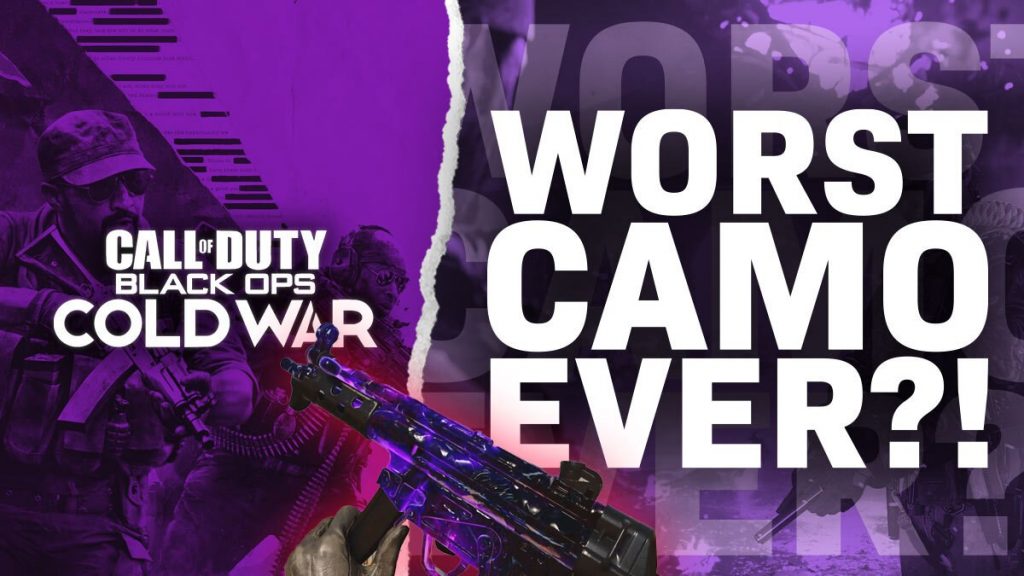 Not only is the Dark Aether weapon camo the hardest to earn in Black Ops Cold War, players also hate the design. Here's why:

Earning the Dark Aether weapon camo in Black Ops Cold War is no easy task. After all, it involves mastering all the weapons in the game, just to prove that you can.

But even when players finally unlock the Dark Aether camo, many are unhappy with their reward. In fact, several players are very vocal about how much they dislike the look of Cold War's ultimate reward.

No matter how it looks, unlocking the Dark Aether camo in Black Ops Cold War is still an accomplishment worth bragging about. And now that Treyarch is taking steps to ensure that the Black Ops Cold War weapon camo bug is fixed, more players than ever are able to get their hands on it.

The appeal of the Black Ops Cold War Dark Aether weapon camo is that it gives your weapons a unique, animated appearance that just screams completionist.

Very few people have unlocked the Dark Aether skin, and many players are spending hours grinding for it. So why would Treyarch make a skin that looks terrible on certain guns?

In a series of posts to the Black Ops Cold War subreddit, fans of the game are complaining about the Dark Aether's look on particular weapons.

In the case of many weapons, it appears that the Dark Aether camo is restricted to only certain areas of the gun. This can lead to some very poor weapon designs that aren't worth the time players are spending to unlock them.

One notable bad example is the M60, which has a particularly low surface area dedicated to the Dark Aether. While most players agree that they are happy keeping black accents on their guns, they almost unanimously want more from their Dark Aether weapon camos.

What's particularly frustrating many users is that other camos are more than capable of covering the full weapon. Shown below is a picture of the Gallo SA12 shotgun with its Dark Aether camo. When comparing it to the same gun with a better fitting skin, the difference is night and day.

The community has mixed feelings on this topic. Some users want their guns to be completely covered in their weapon camo of choice.

Others agree that a gun's weapon camo should leave some neutral space, but push Treyarch to utilize Dark Aether a little more.

Thankfully, the developer appears to already be looking into changing the Dark Aether camo. According to a new comment by Community Manager Josh Torres, Treyarch is coming out with a fix.

Responding to a user who speculates Treyarch's intentions to update how much the mastery camos cover a gun, the employee confirms this is "still the plan."

It's worth noting that the Dark Aether camo seen when customizing your weapon isn't quite the perspective you'll see in-game. After all, these Dark Aether camos are clearly designed with the player's viewpoint in mind.

The Gallo SA12 looks better in your hands than it does in the preview. However, for many fans, unlocking weapon camos is more about showing off to others than personally enjoying their appearance.

With that in mind, the guns probably do need adjusting in a future update. And speaking of future updates, Treyarch is finally letting us know what is coming in Black Ops Cold War Season 1.

We can't wait to see Black Ops Cold War's new Sledgehammer in the Dark Aether weapon camo. That's one skin that Treyarch needs to pay special attention to, in our eyes.

And for those who enjoy the game's battle royale, Cold War's Warzone is getting two new Gulags to fight in. The new update can't drop soon enough.