Lightning strikes twice with The Rock, as Black Adam makes his Fortnite debut. Here’s the release date, price, and the cosmetics that come with the bundle.

DC’s very own Black Adam, the supervillain or anti-hero depending on the situation, is coming to Fortnite soon. This is in celebration of the upcoming Black Adam movie this month.

This marks the second time Dwayne ‘The Rock’ Johnson comes to Fortnite, as his first appearance was Fortnite’s original character, The Foundation.

If you’re a fan of DC or The Rock, when can you pick up the Black Adam bundle?

The Black Adam skin and bundle will be arriving in Fortnite on October 20, 2022, or October 21 for those in the UK.

This is the day of or before the Black Adam movie debuts in theaters, with the film arriving on October 21 in the United States and the UK.

Black Adam will be available in

This might not be the only collab to happen in October, as it seems Stranger Things could make a return to Fortnite.

While we don’t have a definitive answer, we imagine the Black Adam bundle will cost around 1,800 V-Bucks.

We make this assumption based on previous collaboration bundles. For example, the Spider-Man Zero bundle was available for 1,800 V-Bucks.

If the skin can be bought separately, which is likely, it’ll cost around 1,500 V-Bucks. Obviously, the bundle will be the better offering.

This isn’t the first collaboration to come in time for a movie debut, check out all of the collaborations in Fortnite history to see what you may have missed.

Black Adam will arrive in Fortnite with an Outfit, Back Bling, Pickaxe, and Emote.

You can see most of these in action in the reveal trailer below. It’s unclear whether the Emote is Built-In, meaning it would be locked to the Black Adam skin. The Emote spawns in a throne, where the player sits down, looking powerful.

According to reliable leaker iFireMonkey, the Teth's Throne Emote is NOT Built-In, meaning any character can use it.

The Back Bling is the three Pyramids of Egypt, representing Black Adam’s origin as an Ancient Egyptian. It also seems that the Back Bling is reactive, as the trailer shows it has an electric effect.

As for the Pickaxe, it looks like Hawkman’s Mace. Whether this links to a moment in the movie or not is unclear.

You could make it even easier to purchase Black Adam when it arrives by subscribing to the Fortnite Crew subscription service, which includes lots of amazing benefits. 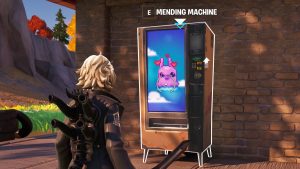 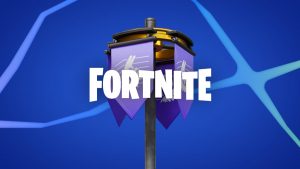 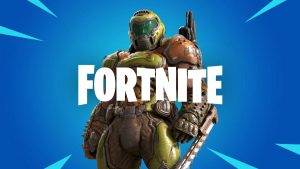