A surprising yet impressively effective way to defeat your opponents in Marvel Snap is through discard decks. This is the best discard deck for Pool 1:

Once you’ve tested out this discard deck, you should absolutely check out the all-new, incredibly powerful Zabu deck, or at the very least, how to counter it!

This discard deck is all about getting Apocalypse to as much Power as possible to sweep up a location in the final turn.

To pull this off, you’ve got a high number of 1 Cost cards that can be emptied from your hand in rapid succession, thus leaving Apocalypse as the sole card to be discarded from your hand.

This will also boost the Power of Angela and Ant-Man as they rely on multiple cards to execute their abilities, ensuring that each location isn’t just populated by 1-2 Power cards.

Sword Master, Blade, and Lady Sif are your only way to increase Apocalypse’s Power, so make sure you’ve emptied as much of your hand as possible before you use them.

If you’re thinking of shaking things up in this discard deck, then you should consider the exciting new Savage Land cards and variants.

This is a more versatile version of the Pool 1 discard deck, as it allows you to benefit from Morbius’ ability that stacks Power whenever a card is discarded.

It also gives you a second option for stealing the win in the form of Swarm. Get enough of him discarded, and you can literally swarm each lane with 0 Cost copies of him in the final turn.

Unfortunately, there are no additional cards in Pool 2 that allow you to discard a card. So, you’ll still be relying on Sword Master, Lady Sif, and Blade to do the heavy lifting.

However, Bishop, much like Angela, allows you to stack Power by playing cards. By unloading your 1 Cost cards quickly, you’ll be able to boost Ant-Man, Angela, and Bishop’s Powers significantly.

If you’re feeling competitive, why not try out this impressive discard deck against your friends in Marvel Snap’s addictive Battle Mode?

With Morbius stacking Power for every discarded card, Hela and Ghost rider bringing discarded cards back, and more cards than ever discarding for you, this is by far the best discard deck.

Your main strategy is to get Death and Apocalypse on the field by turn 6. Lady Sif can discard Death, allowing Hela or Ghost Rider to bring her back.

Gambit, Blade, Sword Master, Lady Sif, Colleen Wing, and Hellcow all discard cards. This gives Morbius +12 Power and can potentially get Apocalypse up to 32 if you play your cards right.

Swarm is also good to have in the final, allowing you to fill in any free spaces with 0 Cost versions of himself.

Any card that can prevent ongoing effects, on reveal effects, steal your opponent’s cards, or even decide their final placement will hinder discard decks in Marvel Snap and give you the upper hand.

What Is Discard in Marvel Snap?

Discard is an ability in Marvel Snap that allows players to remove cards from their hand with the potential of bringing them back later on.

Cards that have this ability include Blade, Lady Sif, Sword Master, Gambit, Colleen Wing, and more. There are only a few cards with the discard ability in Pool 1, with more appearing in later card pools.

Of course, you’ll need to understand the important difference between the discard and destroy abilities to ensure you have the best discard deck in Marvel Snap. 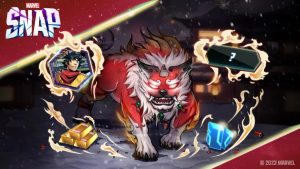 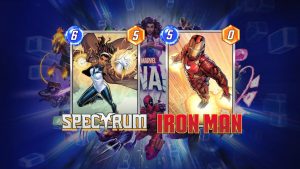 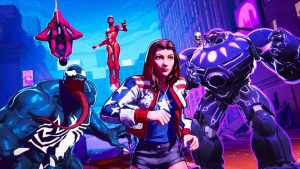