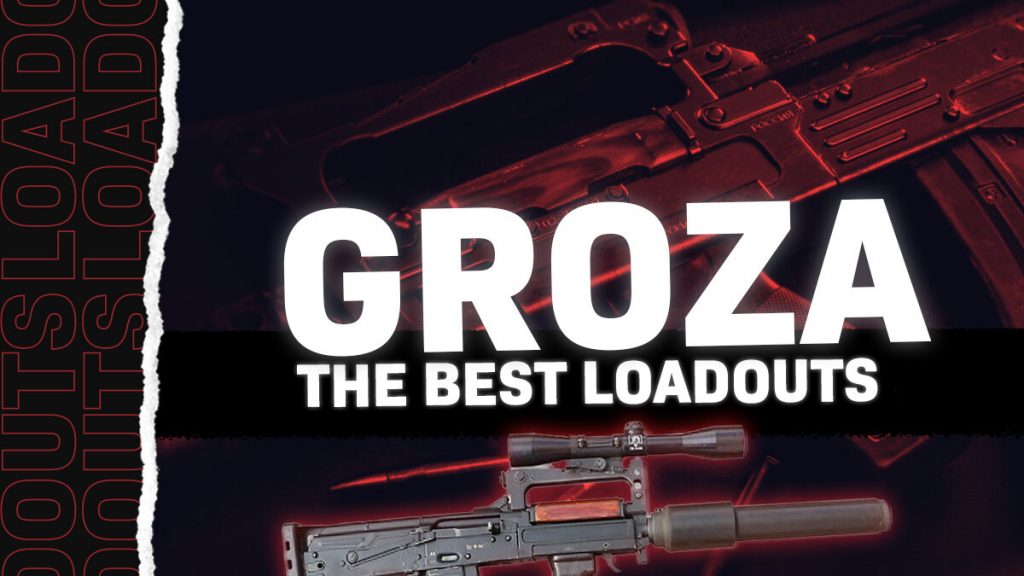 Here's how to make the best Groza class setup for both Warzone and Cold War Multiplayer.

Season 1 has brought new weaponry to both Black Ops Cold War and Warzone. The new Groza assault rifle is one of those new ones that you need to keep your eyes on.

Here is everything you need to know to get up to speed with the new assault rifle, the Groza.

The Groza is easily the best assault rifle in Black Ops Cold War right now. Unlocked at level 31 in the new Cold War Battle Pass. The Groza is a force to be reckoned with.

You should definitely level up your Cold War Battle Pass fast to get your hands on it.

The Groza is a well-rounded weapon ready to take control of any situation you might find yourself in.

However, it has the best aim down sight time in the assault rifle category. Giving the QBZ-83 a run for its money when it comes to the best handling assault rifle.

In short, The Groza incorporates the best of both worlds, an amazing fire rate, respectable damage profile, and an aim down sight time rivaling that of the submachine guns.

This weapon can be kitted out for whatever your mission might be. Whether engaging in long-range hellfire, CQC wetwork, or mid-range domination, the Groza is the gun for you.

We have made two of the best Groza class setups for both Black Ops Cold War Multiplayer and Warzone.

These 5 attachments makes the best Groza class for the Cold War engine.

Starting off this nimble class is the 15.7" Contour M2 Barrel, offering a massive 10% boost to our strafing speed.

This barrel will allow us to weave back and forth, dodging enemy fire at the cost of a minor hit to our effective damage range.

Next on the list is the KGB Elimantor offering a handsome 17% boost to our vertical recoil control.

The KGB Eliminator will also keep our muzzle flash down by 85%. This will keep our radar signature down to a minimum.

With the Groza's impressive fire rate, the 30 rounds that come in the standard magazine is far too small. Therefore, we are going to be using Spetsnaz 50 RND Drum.

This drum mag provides a massive boost to our ammo capacity, adding 20 extra rounds to every magazine.

On the other hand, we are going to be using the Serpent Wrap for a 25% boost to our aim down sight time, keeping us lighting-fast, as the developers intended.

For our last attachments, we will be using the Millstop reflex. We are not fans of the Groza's iron sight, as we find it to be slightly obstructive.

However, the choice of sight is entirely up to the user.

This light, no-nonsense loadout is the best Groza Class set up for Cold War Multiplayer.

Use the 5 attachments below for the best performing Groza on Warzone and Rebirth Island.

This setup is made to be pinpoint accurate for those mid to long-range gunfights that are an every match occurrence in Warzone.

Naturally, in Warzone, engagement distance tends to be longer than in traditional multiplayer.

Starting this class setup is the 16.2" GRU Composite Barrel extending the maximum range by 25% from the base 38.1 meters all the way up to a respectable 41.3 Meters.

The GRU Composite Barrel will also increase our muzzle bullet velocity, allowing us to hit targets at a greater distance without leading our shots or having to account for bullet drop.

However, it is a common practice to use a suppressor in Warzone.

Now that we have given the Groza the maximum amount of range. We will be taking away the bullet velocity gained from the GRU Composite Barrel by adding the GRU Suppressor.

The GRU Suppressor will make us whisper quiet. In turn, lurking enemy teams will not know of our position.

Getting third-partied is an everyday thing in Warzone. Keeping our radar signature out of the enemy's mini-map is a must.

However, the GRU Suppressor will also give us a minor boost to our vertical recoil control, keeping the muzzle down and on target.

This should allow us to land our shots on targets at a distance. And speaking of distance, we will be switching out our iron sights for the Visontech 2X.

Finally, we'll end our best Groza Warzone class setup with the VDV 50 RND Fast Mag. This will not only add 20 extra rounds to every mag but also give us a massive boost to our reload speed.

This attachment allows us to deal with full teams and not worry about our ammo count.

This long-range loadout is ready to dominate Warzone. Take the best Groza Warzone class setup with you next time you are dropping in Verdansk or Rebirth island.

There you have it; the best class set up for Season 1's new assault rifle, the Groza.

This newcomer is ready to for the fight whether that be in a Warzone or in Multiplayer.

If you are still working your way through the levels, here's how to rank up fast in Black Ops Cold War.