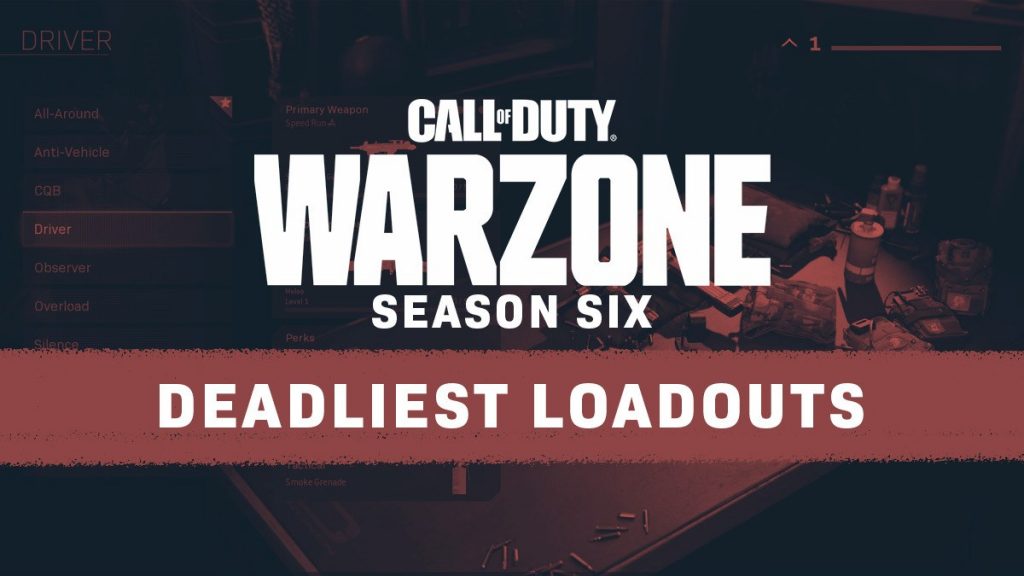 Call of Duty: Modern Warfare and Warzone Season 6 brings a couple of new guns to the game - here are their best loadouts.

As ever, a new Call of Duty season means that we've got new guns to play with. This time around, Season 6 has given us the AS VAL assault and the SP-R208 marksman rifles.

Once unlocked, the guns will prove to be quite useful in-game, but only when placed in the correct loadouts. Luckily, we can tell you exactly what loadouts have the rifles performing at their best.

To deck out your AS VAL for Warzone, it's important to make a build that can compete with dominant weapons like the Kilo.

Therefore, players will want to ensure the AS VAL can tear through enemies, even at range. But to get the gun ready for action, here's the AS VAL loadout you'll want to use:

Thanks to the upgraded barrel, the AS VAL get an upgrade to its accuracy and overall range. This, partnered with the optics, ensure that the powerful gun can finally compete at medium to long ranges.

The Commando Foregrip will keep the gun from suffering with recoil, and improve aim. The 30 Round Mags are a much needed upgrade, as the AS VAL absolutely burns through ammunition.

The small magazines work wonders, and the weapon can be used at much closer range. With that in mind, you'll want to be using a rather different loadout when heading into the online lobbies.

When using this loadout in multiplayer, you'll be able to rack up kills very easily. The time to kill with the AS VAL is very low, but the gun still performs a little worse at range.

To get the best out of the new Season 6 weapon, make sure to play this gun as part of a rush class. Getting up close and personal will ensure you have the best chance to win your fights.

Moving on to the SP-R208, this new marksman rifle is making a real impact on Warzone. One of the best snipers available in the game, it compliments the AS VAL by being a powerful, long-range gun.

Thanks to the .338 Lapua Mag 5-R Mags, players will notice extra range and damage on their weapon. This keeps the sniper deadly at long-range, even if it adds a little recoil.

As it stands, this loadout allows the gun to almost max out the range bar, with the potential to one-shot kill anyone who stands in its way. The Solozero SP-R 28mm optics will ensure that you can both see and eliminate a player, no matter their position on the Warzone map.

When it comes to Modern Warfare multiplayer, we're not changing up the SP-R208 too much. Multiplayer is much faster paced than Warzone gameplay, and this build reflects that nicely.

Those who quick-scope in Call of Duty will have a new favorite weapon with the SP-R208. Thanks to these modifications, the gun is much faster when aiming down sights.

The SP-R208 can also fire fast after sprinting, allowing you to one-shot players even when on the move. From the torso upwards, you'll be delivering lethal blows every time you fire this powerful marksman rifle.

These guns aren't the only things to come to the new update, however. Here are 10 important changes in Warzone Season 6 that you may have missed.

Leaked Warzone Plague Game Mode Could Have Zombies & a Nuke

Cold War Zombies Glitch Allows You To Carry Both Ray Gun And R.A.…