The Armaguerra 43 is one of the strongest SMG picks in Warzone Season 4 Reloaded, and in this loadout it’s everything you’ll ever need in one package.

The Armaguerra first arrived in Warzone and Vanguard with the Season 2 Reloaded update. Since then, it’s been tearing up the Battle Royale and easily outclassing other SMG options.

In fact, this season the gun got a series of nerfs to help balance it, to no avail. Right now, the Armaguerra is still one of the most popular weapons, boasting a win rate of almost 4%.

And while it’s still not as good as this H4 Blixen loadout when it comes to SMGs, the Blixen’s incoming nerf will have players scrambling to find the next meta gun.

But the answer is already clear as to which SMG will be replacing it.

The loadout above features both the highest K/D and win rate possible for the Armaguerra 43 in Warzone right now, according to WZRanked. It’s a must-try and a devastating weapon for both Caldera and the mini BR maps.

In fact, the Armaguerra is actually one of the top 10 highest win rate loadouts in Season 4 Reloaded! And that’s before the inevitable Blixen nerf drops.

Speaking of nerfs, here’s how the gun was changed in the recent Season 4 Reloaded update:

Combine this gun with the best perks in Season 4 Reloaded and you’ll have no issue dominating the competition.

However, for many players, the most popular loadout in Warzone is still the best. Why not have both in your loadout and see which you prefer? 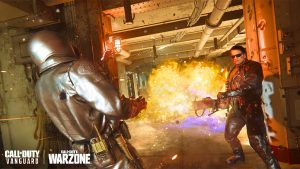 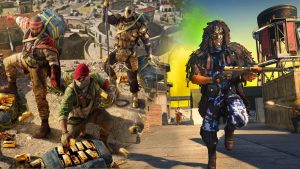